Labour just played the Tories at their own game and won. Big time [IMAGE] - Canary 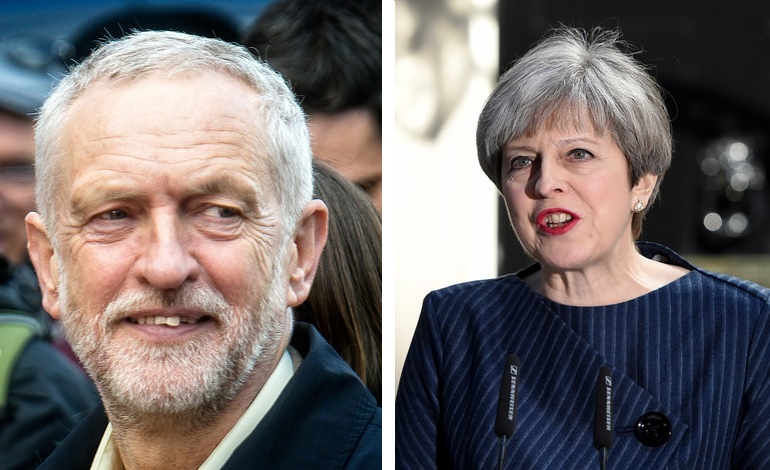 The Labour Party just played the Conservatives at their own game. And it won, big time.

The Conservative Party’s manifesto proposal on social care has gone down like a lead balloon with the public. The party’s manifesto laid out plans to recover all costs of social care from people with over £100,000 by taking it from their assets, including their house, once they’ve passed away. People have dubbed it the dementia tax.

The backlash was swift and fierce. And it’s turning some would-be Tory voters to the Labour Party. So the Conservatives came up with a cunning plan to hijack the narrative on their unpopular proposal. The party paid for an ad on Google. One that topped the Google search list when anyone attempted to find out more about it. The ad was titled:

The so-called ‘dementia tax’ – Get the real facts – conservatives.com

The Labour Party, however, obviously got a whiff of the Tories’ attempt to shift the debate on the dementia tax. So it created its own ad. And it knocked the Conservatives off the top Google spot. 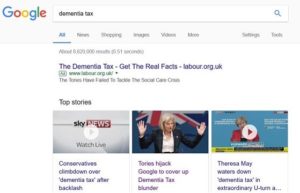 So the Tories ultimately lost the ad battle, after Labour played them at their own game. But it seems the Conservative Party realises it’s losing the fight for this policy overall. Because Theresa May has announced a partial U-turn on it. The Conservatives will now put a cap on the total cost of care, apparently. But as even The London Evening Standard – a publication run by ex-Tory Chancellor George Osborne – pointed out, this swift U-turn just days after the policy was announced flies in the face of May’s “strong and stable” messaging. And it casts doubt on exactly how steadfast May will be in the Brexit negotiations.

Also, some suspect the party could U-turn on this U-turn if elected into power, since U-turns are not uncommon under May’s leadership. But the party will have a hard time controlling the public’s understanding of that. As the Labour Party just proved.