The final sing-along at the bombed concert in Manchester was beautiful, and haunting [VIDEO] 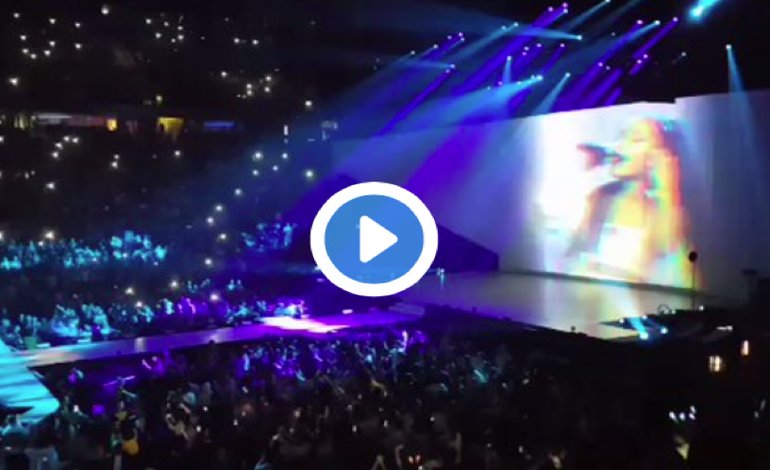 On the night of 22 May, an audience made up mostly of teenage girls was attacked with a bomb as they left the Ariana Grande concert at Manchester’s MEN Arena. Footage from shortly before the blast shows fans singing along with Ms Grande. The song was One Last Time.

There is something truly heart-wrenching about hearing voices sing this song, for what was the last time for some of them. The song’s lyrics read:

So one last time
I need to be the one who takes you home
One more time
I promise after that, I’ll let you go

The footage taken at Monday night’s concert has moved many to tears in the wake of the attacks.

People have been sharing the footage (confirmed as authentic), across social media.

Fans singing One Last Time and for some of them it was their last time. This is heartbreaking 😥 #Manchester pic.twitter.com/LviwE4jFDs

The crowd singing "One last time" last night, and for some for the last time, my heart is completely 💔 #Manchester #PrayForMancester pic.twitter.com/O9f7DSnGLU

AND THE LAST SONG THEY HEARD WAS "ONE LAST TIME"!!!

At the time of writing, police have confirmed that 22 people were killed and 59 injured. The youngest identified victim being 8-year-old Saffie Rose Roussos. Families, friends, and a nation, mourn.