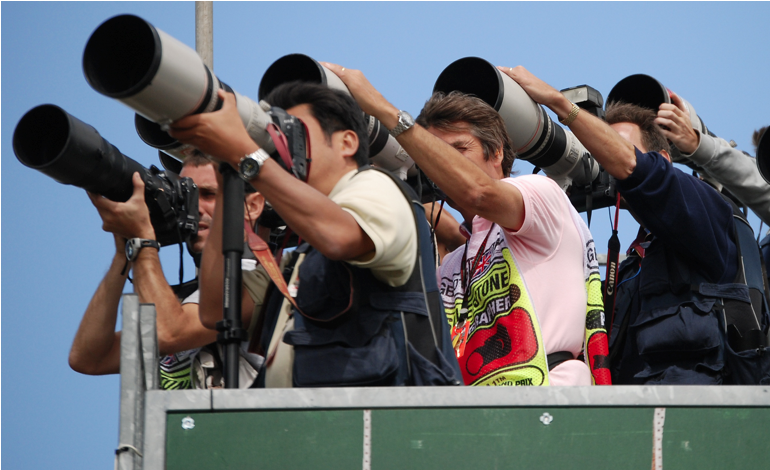 In the wake of an apparent suicide bombing at an Ariana Grande concert in Manchester, police confirm that 22 people have lost their lives, and 59 are injured. In the wake of the attack, the role of the press can sometimes be more hindrance than help. And one survivor of a terror attack has come forward with a powerful message to the British media today.

First, do no harm

The author is a doctor who has written for the British Journal of Medicine on how clinicians’ responses to self-harm can make the difference. Today, her message was to the UK (and world) media, about how their response to large-scale attacks on civilians can make the difference too. For better and worse. She begins:

When I was caught up in a terrorist incident 4yrs ago, the behaviour of UK media made the trauma much worse. They don't seem to have changed 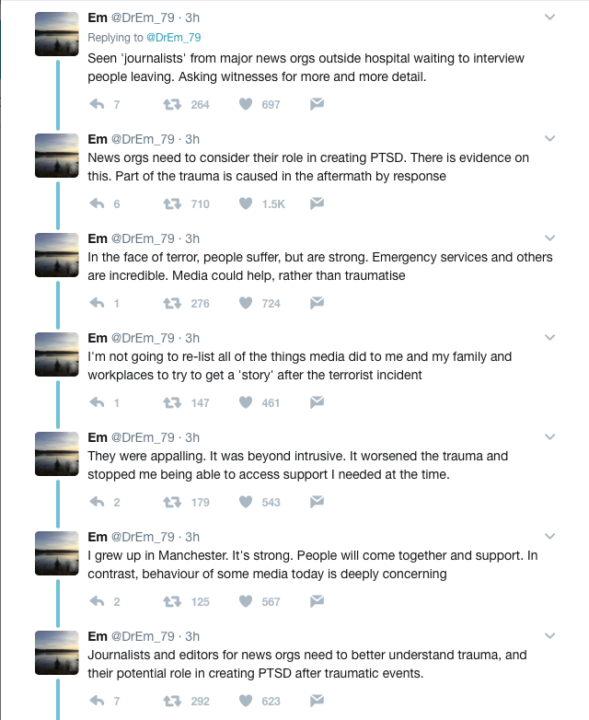 But after concerned interest, she does go on to lay out just how intrusive the media became in efforts to grab their scoop. 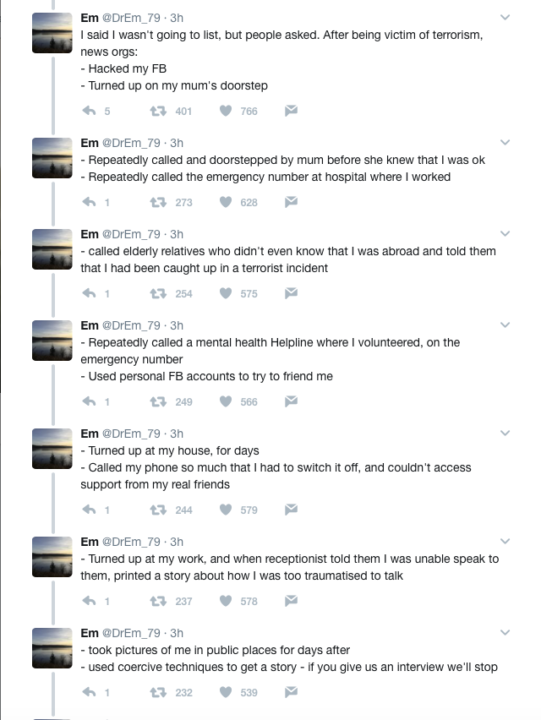 It doesn’t end there. 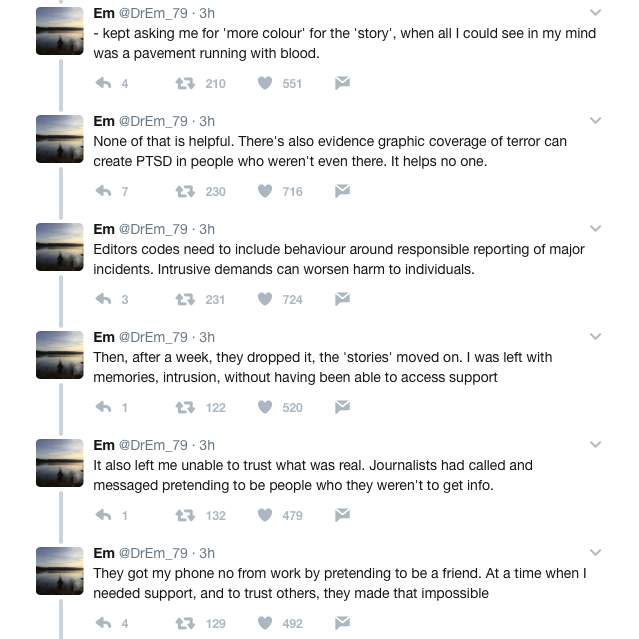 A 24/7 media leads some outlets to chase audiences with scant regard for the lasting impacts on those worst affected. For this doctor, and for families and friends in Manchester today, this is not just a story. It is their life, being ripped apart. What they don’t need is media vultures hunting for gruesome images to flog onto newspapers and websites across the country and the world. They need privacy, compassion, and time to deal with the unimaginable circumstances in which they find themselves. Initial indications suggest this message has been ignored once more. But there is something each of us can do as the consumers of news. We can turn it off. We can ensure we don’t reward irresponsible hackery with our attention, or our money.