A Tory politician tried to delete his own shameful response to the Manchester attack. He failed [IMAGE] - Canary Workers’ Co-op 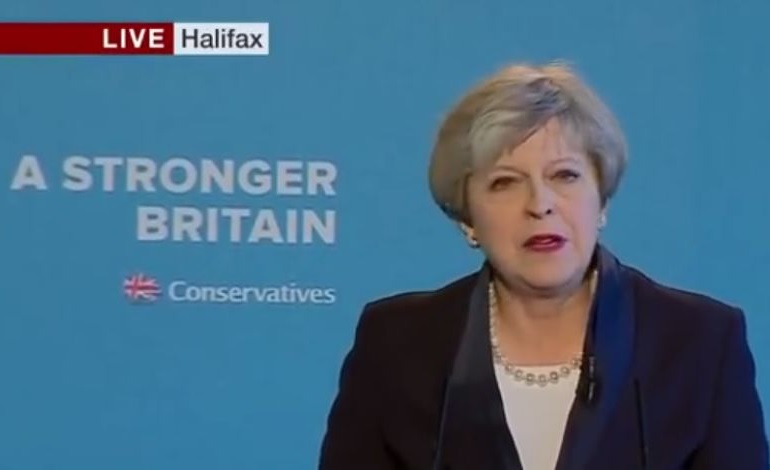 A Tory politician posted a shameful response to the Manchester bombing on his Facebook page. And he then tried to delete it.

But internet users didn’t let that happen. And people have now shared his shocking reaction for all to see.

Ian McCord is a Tory councillor in South Northamptonshire. Following the tragic attack on a concert arena in Manchester, McCord published a lengthy post on his Facebook page. He later deleted what he’d written. But Facebook user Nora Young took a picture of the post before he had succeeded in doing so:

McCord essentially uses the attack to hit out at his political opponents. In particular, he tries to smear Labour leader Jeremy Corbyn. McCord shows absolutely no regard for the victims, except to use them as ammunition in his onslaught against Labour. And as is the common attack line from the Tories, he tries to paint Corbyn as someone harbouring sympathy for such extremists.

McCord then offers his followers, all two of them, an alternative to his own incarnation of Corbyn. He wrote:

There is an alternative. To be resolute in the face of terrorism.

Of course, McCord’s version of Corbyn is a fallacy. Because despite McCord’s ramblings, Corbyn has repeatedly said he would not negotiate with Daesh (Isis/Isil). The group has claimed responsibility for the Manchester attack, although without verification.

Take the Manchester attack as an example. Police have discovered the attacker has Libyan roots. But barely a single media report on the attacker’s Libyan ties mentions the 2011 NATO bombing of the country. That military intervention purposefully brought regime change to Libya and left in its wake a fertile terrorist playground. Extremist groups blossomed there, including Daesh.

ISIS grew out of Al Qaeda in Iraq, which grew out of the chaos caused by the 2003 invasion. 'War On Terror' approach doesn't make us safe.

So being “resolute” about invading and bombing Libya, and indeed Iraq, has strengthened groups like Daesh and weakened our security. Corbyn plans to increase cooperation with other countries to defeat these threats. Theresa May, however, reportedly plans to hold a vote in parliament to escalate bombing in Syria if re-elected to government. Bombing that would potentially target the government of Bashar al-Assad rather than Daesh.

McCord then gave another example of good governance in his “alternative” plan:

To give our security services the support they need and stand firm. Ensure that the government lives up to its first duty, the safety of the citizens who live here.

Giving the security services the support they need to do their job is, of course, important. But McCord’s own party has cut resources for these services. Police forces have suffered cuts that have led to 20,000 fewer officers on our streets than we had in 2009.

And in its manifesto for the upcoming election, the Conservative Party has not made any specific pledge to increase the amount of officers either. Unlike Labour, which has pledged funding for 10,000 officers. Analysis also shows that, under the Tories, police staffing levels could reduce by another 17%.

In his recent foreign policy speech, Corbyn said he will “not take lectures” from a party that has backed all military moves “regardless of the impact on our people’s security”. And neither should we. Especially when, in McCord’s case, that lecture comes directly after a terrorist attack, killing dozens, among them children, and its sole purpose is to rant at the opposition. So far, his party has proved itself strong on sound and fury, but weak on actually strengthening our security.

We need realistic solutions. And McCord has only succeeded in reminding us that the Tories have none. Well done, McCord, well done.