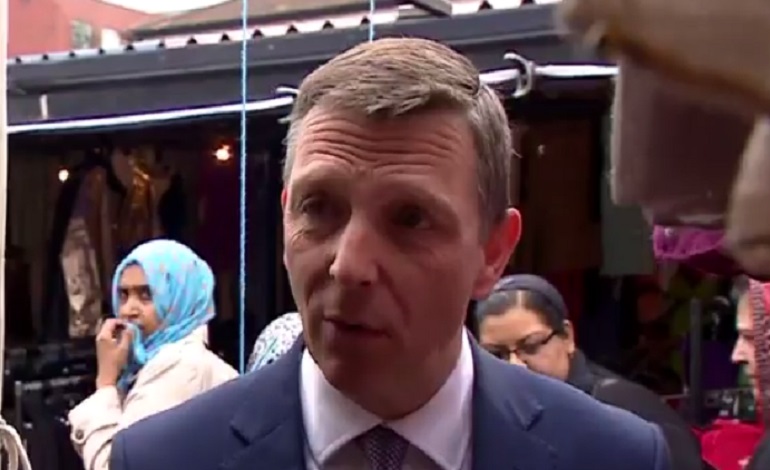 A BBC journalist got some answers he wasn’t expecting when he interviewed a member of the public about the Manchester bombing. But the man didn’t hold back when it came to his views on one of the government’s most controversial policies.

‘Prevent’ [pdf] is the government’s counter-extremism and anti-radicalisation programme. It aims to [pdf p8]:

The policy has been heavily criticised, including by media outlets such as the BBC, The Telegraph, The Guardian and The New Statesman. But in an interview shown on the 24 May edition of BBC News at Ten, market stall holder Harris Farooqi told BBC reporter Mark Easton of his experience of Prevent.

“Spying” on the Muslim community?

Farooqi was acquitted of terrorism charges four years ago. And his assessment – that the programme does nothing more than encourage “spying on the community” – left Easton struggling to answer:

But Farooqi’s experience of Prevent is not isolated. A report by the Open Society Justice Initiative found the programme posed “serious risk of human rights violations”:

These violations include, most obviously, violations of the right against discrimination, as well the right to freedom of expression, among other rights. Prevent’s structural flaws include the targeting of ‘pre-criminality’, ‘non-violent extremism’, and opposition to ‘British values’.

There is a strong feeling in Muslim communities that I visit that Prevent is, if not a spying programme, then at least a programme that is targeted on them.

But when you look at the data, people like Farooqi’s opposition to Prevent seems justified. Figures show that, between 2007 and 2010, 67% of referrals to Prevent were Muslims. And between 2012-13, the figure was 57.4%. But only 5% of the UK population is Muslim.

And it’s not just members of the Muslim community, civil liberties organisations, and experts that claim Prevent and associated policies are flawed. In the UN Human Rights Committee’s latest report on the UK, it said that counter-terrorism legislation needs to be altered, as it currently “target[s] individuals or groups based on race, ethnic background or religion”.

But Home Secretary Amber Rudd said on BBC Radio 4 Today that, if elected, the Conservatives would give an “uplift… more money” for Prevent.

The Muslim community, experts, and human rights organisations put forward a general consensus that Prevent is flawed. And the horrific scenes from Manchester on 22 May show that we urgently need to get our approach to radicalisation and terrorism right. If we are to stop terror, the government needs a new approach, and quickly. But if the Tories stay in charge, that seems a long way off.