The public made a protest song about Theresa May number one in the charts. So the BBC has banned it [VIDEO] - The Canary 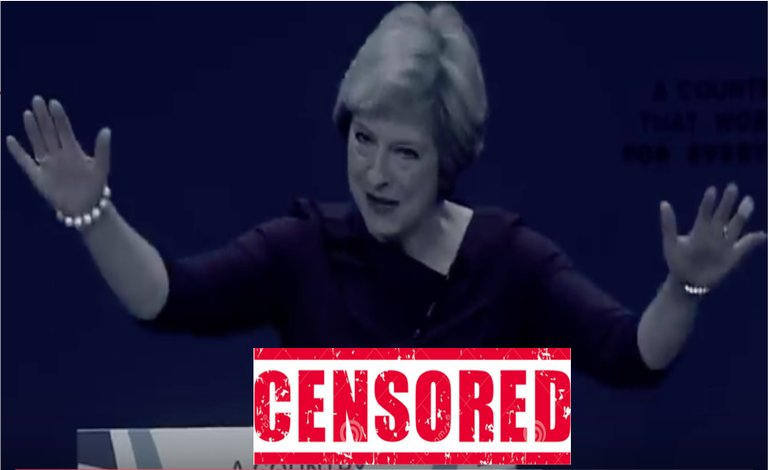 The BBC has refused to play a song which protests the policies of Theresa May, despite it making it to Number One in the iTunes download charts. The decision has been branded political censorship by furious members of the public and music industry.

As The Canary previously reported, the song is a new version of the 2010 anti-austerity track Liar Liar.

All download proceeds from before the 8 June election will go to food banks across the UK, and to The People’s Assembly Against Austerity. The hope was to get the song into the Top 40 so the BBC would have to play it. But it did better than that. It went all the way to Number One.

And then censorship happened.

The definition of political censorship is the silencing of critical voices. Whether in music, art, literature or politics itself – when institutions gag the voices of others, it is censorship. And this is what has happened here.

The BBC is not alone. The Big Top 40 show on Heart and Capital FM has also enforced the ban. All stations claim this is due to impartiality ahead of an election. The BBC said in statement:

We do not ban songs or artists, however our editorial guidelines require us to remain impartial and the UK is currently in an election period so we will not be playing the song.

This is nonsense. Being impartial means playing the real Top 40 regardless. The refusal to play the song is an intervention and, by very definition, partial.

The only case where this impartiality might be said not to class as censorship would be if a song were to contain hate speech. And there is no hate speech here. This is a song about living in Britain under a Conservative government. It is as legitimate as The Streets of London or God Save The Queen. 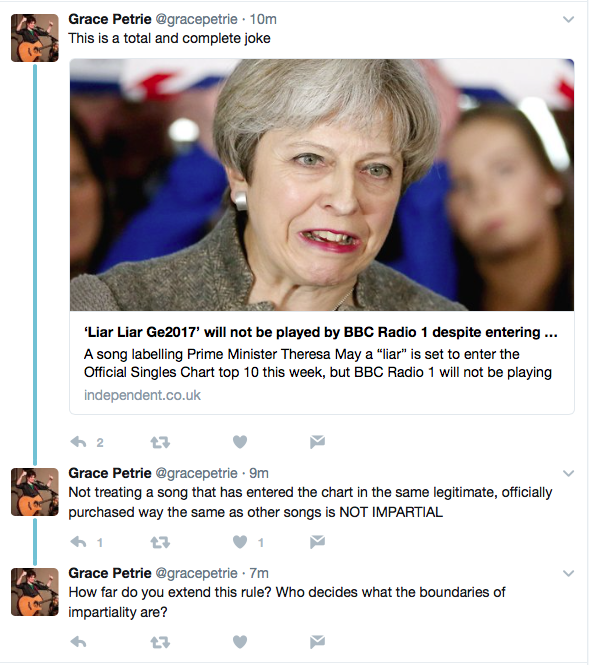 The decision has sparked fury among the public.

Radio stations ban a No. 1 song for being critical of the government. No, not Iran… right here in Britain https://t.co/jPjNs7GPRe

If this was happening on North Korea, or Iran, we would have no issue with calling it out as censorship. But if it is wrong there, it is wrong anywhere. Censorship has to be resisted, whatever your personal politics. It is to the detriment of us all.