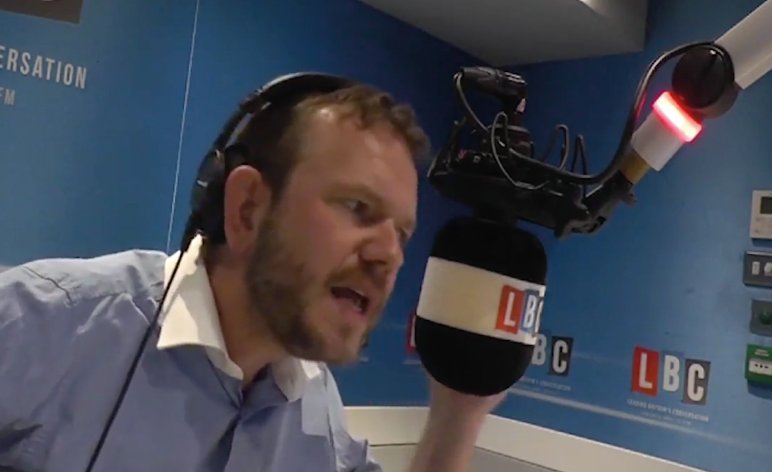 LBC host James O’Brien asked a deceptively simple question on 1 June: “Why on Earth are we actually having this election?” His reasoning is that, every time Theresa May has tried to define the purpose of the election, she has lacked the stability to maintain her own message. Ultimately making the election, and the woman who called it, really quite pointless.

You can see O’Brien in action here:

In it, O’Brien says:

I wanna know why we’re having this flipping election, two weeks out from starting the most important political negotiation since the end of the Second World War.

What are we actually playing at? Answer: It was called by a woman who insisted it’s all about Brexit, but won’t tell us anything at all about what Brexit is going to look like. OK?

It has been steered by that woman towards the economy. ‘You got to look at the costings, look at the Labour costings.’ And she’s published a manifesto which contains no costings whatsoever.

O’Brien is right to question May’s stance on Brexit. Our current PM has failed to deliver a clear message, has behaved in a way that suggests she doesn’t understand the actual issues, and has caused needless aggravation with the people we have to negotiate with.

The economy also needs careful consideration. The Conservatives have consistently missed their own targets, have overseen growing disparity in the UK, and have not even bothered to cost their own manifesto.

And when it comes to Theresa May’s leadership, the question is obvious: where is it?

If there is a point to this election, it’s no longer clear what it is. The same could be said of our current Prime Minister. Making it fitting that today is 1 June. As it’s looks a lot like May is over.