After getting trounced in the BBC debate, the Tories drop a desperate conspiracy theory - Canary Workers’ Co-op 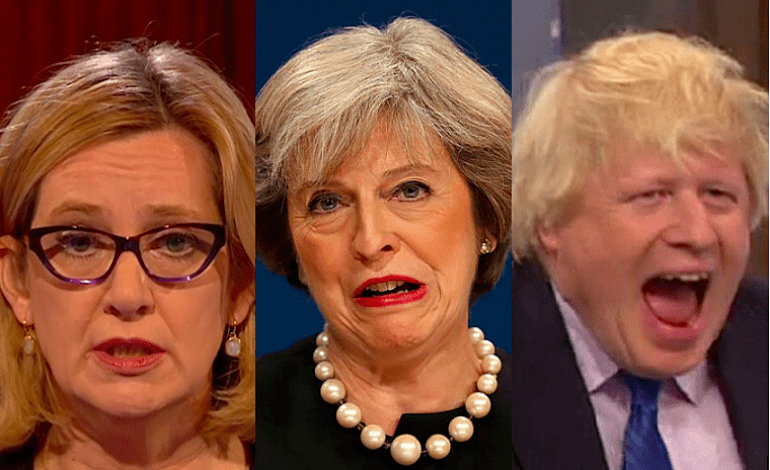 Senior Tories are claiming the BBC deliberately selected a biased, left-wing audience for the leaders’ debate. The claims came after the audience showed some audible discontent toward the Tories’ arguments. But evidence shows that the idea of left-wing bias at the BBC couldn’t be further from the truth.

The BBC used polling company ComRes to select the audience for the debate. ComRes has outlined its methodology, which it says is there to ensure it represents the country demographically and politically. This includes by age, gender, ethnicity, socio-economic factors, party politics, and how they voted in the EU referendum. Nevertheless, former UKIP leader Nigel Farage claimed outright that the BBC had invited a “large number of paid up Corbynistas”, for which he offered no evidence. And Foreign Secretary Boris Johnson has now joined in, saying: “You had the most leftwing audience I’ve ever seen”.

These comments appear to have emerged after a left-leaning journalist made a “casual observation”, which he clarifies was not an allegation of bias:

This feels like most left-wing audience in any election debate. #BBCDebate

The claims fly in the face of previous reports that show BBC bias against Corbyn, and that the state-funded broadcaster actually leans to the right of the political spectrum.

Various examples of anti-Corbyn propaganda on the BBC have shown that he is treated very differently from the Tories. And in tandem, many people have questioned where the rigorous scrutiny of Conservative policy is on the network.

This is backed up by academic studies that show the BBC has pro-business and pro-Conservative leanings. It is further evidenced by leeway it gives its journalists to go against impartiality guidelines. In fact, one industry insider revealed how the BBC manufactures its narrative to favour Conservative policies.

In addition, some commented that the real story of bias here was seen after the debate, when BBC coverage masked the Tories’ weak performance.

But now, everyone has jumped on the bandwagon to criticise perhaps the least biased thing on the BBC for a while.

The baseless allegations against long-standing evidence of the BBC‘s conservative leanings, however, is more likely a last-ditch attempt to save face. And perhaps it takes a live audience of ordinary voters for the BBC to accurately demonstrate that the current Conservative-led country isn’t working for everyone.