After Theresa May's visit to a homophobic church, the LGBTQ community turns and bites her on the arse - The Canary 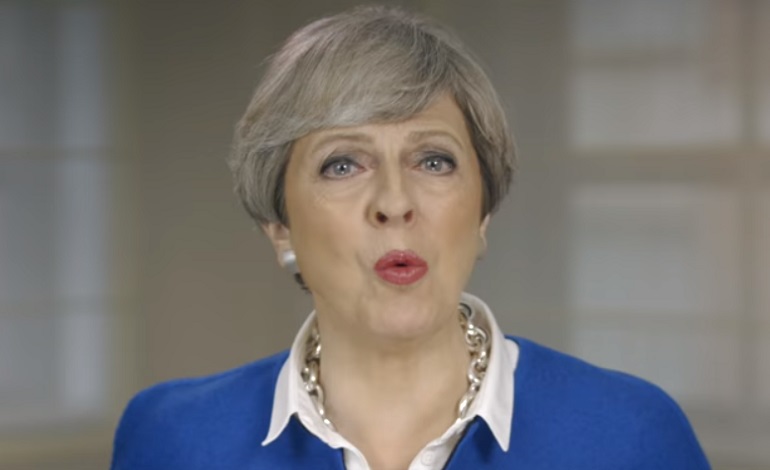 There’s yet more bad news for Theresa May, and this time it’s in the shape of support for her among the LGBTQ+ community, after the PM visited a Christian fundamentalist church which reportedly performs “exorcisms” on gay people. The PM’s PR disaster has apparently benefited Jeremy Corbyn, as LGBTQ+ support for him has now surged.

And UKIP? No Pink News readers said they supported the party.

The surge for Corbyn comes after Theresa May visited ‘Jesus House’, a Christian fundamentalist church in Brent Cross, London. As The Canary previously reported, Christian website Ekklesia wrote in 2009 that:

The Church carries out ‘exorcisms’ of people who are sexually attracted to members of their own sex, but insists that such ‘exorcisms’ are done only with the calm consent of the person concerned. This has failed to satisfy critics.

The Evangelical Alliance has denied these claims. But as Pink News reported, there may be some truth in the allegations:

Online materials from the Redeemed Christian Church of God, of which Jesus House is a part, do explicitly call for Christians to help gay people ‘repent’ their sexuality. The RCCG Sunday School materials teach: ‘Homosexuality is a sin and like any other sin, it needs to be dealt with in the only way possible… It needs to be laid at the cross and repented of. Christians should pray for the salvation of the homosexual’.

Judge May on her record

This one incident is probably not the reason for Corbyn’s surge in the LGBTQ+ polls. Because the survey also comes after May faced criticism from Lib Dem peer Brian Paddick, who said at a hustings organised by Stonewall, Pink News and Pride that:

May’s LGBTQ+ voting record leaves a lot to be desired. She voted against the repeal of Section 28 in 2000, and against gay adoption in 2002. And this latest incident with the Jesus House church only further compounds the notion that LGBTQ+ issues are low down her list of priorities. But with Lib Dem leader Tim Farron also entrenched in the storm over his “sinners” comments, it seems the LGBTQ+ community only have three safe bets: spoil their ballots, vote Labour, or vote Green. The choice is theirs on 8 June.