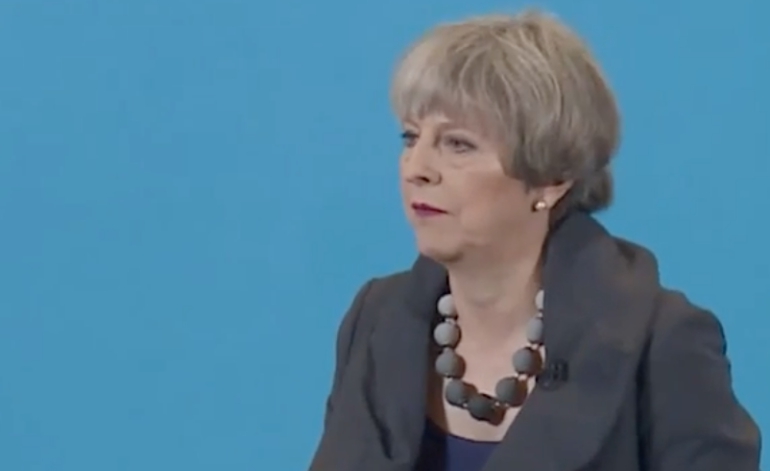 If Theresa May had any shred of credibility left after her disastrous election campaign, it was blown on 1 June. Speaking in Middlesbrough South, May defended a prospective Conservative MP who reportedly made truly appalling comments about rape and homosexuality.

Cuthbertson is the Tory candidate for Darlington. In 2002, Cuthbertson wrote on his blog:

Worse, defendants will now be restricted in bringing up the woman’s sexual history. Of course, it is relevant how promiscuous a woman is in determining how likely it was she consented.

He continued that a:

woman of low morals is more likely to consent to sex, and to lie.

In another piece, he said:

I can say with absolute certainty that 99% of the girls in question will know exactly how to use various contraceptives. The reason they don’t on the whole seem to bother is the same as the reason they mate like animals in the first place: no one hopes for or demands anything better from them than that they conform to the most base instincts for instant gratification, whatever the morality of their actions and whatever the consequences.

He also wrote about a:

courageous priest jailed in Sweden for preaching against homosexuality

He has since distanced himself from his comments, saying he:

definitely does not have all the same views as my adolescent self.

Although he did say there would be times when he could support the death penalty.

Is he an appropriate person to be in your team and to represent you to the voters, do you think?

And May responded by defending him:

Peter has made clear that his views have changed.

But instead of condemning his comments or providing evidence of how his views had changed, May deflected the question back and talked about her own record on domestic violence.

It is unclear how Cuthbertson’s views have changed. Or what made him change his mind.

People’s views do indeed change. But that doesn’t excuse May essentially defending his comments by failing to address them. It would be easy to think that a strong leader would give a strong statement about how abhorrent these comments are.

Following the pasting May received for not attending the leader’s debate on 31 May, it was hard to see how 1 June could get any worse. But failing to condemn Cuthbertson’s comments and give a robust answer on why she has a (former) homophobic rape apologist standing for her party has blown any last shred of credibility she had left.