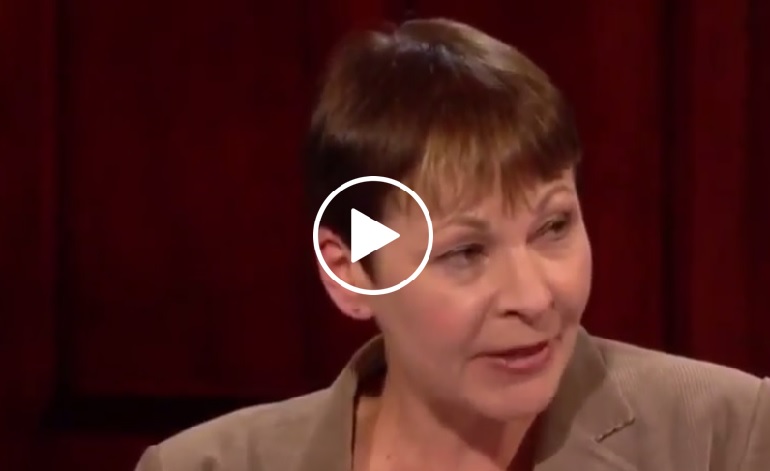 On 1 June, the mainstream British media devoted little attention to one particular moment from the 31 May BBC leaders’ debate. But that moment was key. Because it exposed the Conservative Party’s main political priority, for the whole country to see.

Green Party co-leader Caroline Lucas was talking about making the UK safer, especially in the light of the recent Manchester bombing.

She first referred to the significant effect that Tory austerity has had on the country’s police force. She then took aim at the role that foreign military interventions (in Iraq and Libya, for example) have played in making Britain less safe. But it was her reference to the arms trade, and the UK’s sale of arms to Saudi Arabia in particular, that appeared to expose the Conservative Party’s overriding political priority.

We can’t solve all the world’s problems. But we can, at least, stop adding to them.

Why is Britain the second biggest arms dealer in the world? (Applause)

Why are we selling to 22 of the 30 countries on the government’s own human rights watch list? Why did we make ten times more in arms sales to Saudi Arabia than we gave to Yemen in aid? I genuinely wonder how you sleep at night knowing those figures.

Home Secretary Amber Rudd, standing in for an absent Theresa May, gave a very revealing answer:

In response, Lucas insisted that:

Arms sales to Saudi Arabia cannot be justified on the grounds of this being good for industry.

The audience seemed to agree.

In short, it seems from Rudd’s answer that the Conservative Party’s political priority is not to bring peace to the world or to encourage respect for human rights. On the contrary, it appears that the party’s main priority is simply to line the pockets of the wealthy (in this case unscrupulous arms dealers). And Rudd’s comments only add to previous revelations about the Tories’ misplaced priorities and apparent prioritisation of business over human rights.

A party with such priorities is not the kind we should want running our country.