A right-wing group has mocked up a new copy of Corbyn's manifesto. And it's absolutely shameful [IMAGE] - The Canary 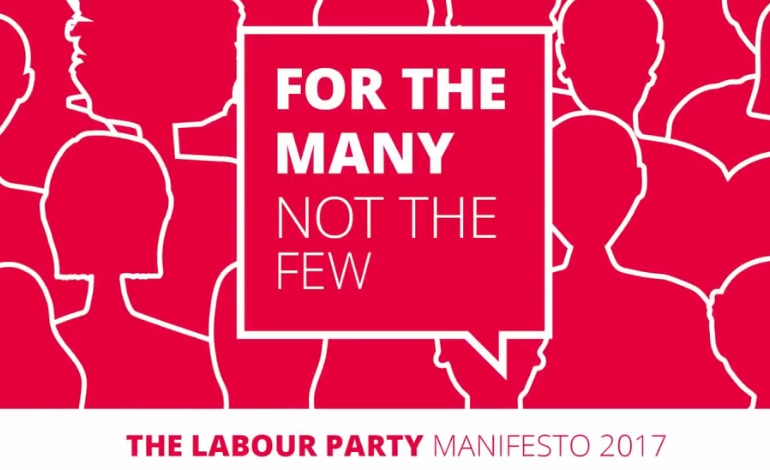 The Leave.EU campaign group has put out a disgusting smear of Jeremy Corbyn’s Labour Party. It doctored one of Labour’s manifestos in order to contend that the party is promising Britain a pro-jihadi and antisemitic future.

Leave.EU now joins the ranks of The Sun and The Daily Mail in this low-life attack on Corbyn. And like these dirty rags, the attack shows Leave.EU is willing to lie to scupper Corbyn’s chances.

The smear, however, tells us nothing about Corbyn or the Labour Party. And these are not original attacks. Leave.EU is simply regurgitating nonsense it has heard from its right-wing cohorts.

The Sun, for example, tried to assert that Corbyn had “Jihadi comrades” just the day before. It turns out there were none. There was a march for Palestine in 2002. And at this event, for one of the most persecuted peoples on earth, Corbyn gave a speech. His “comrades”, however, were around 8,000 other concerned Britons. Not the few extremists who turned up and were shunned by the rest of the crowd.

The claim that Corbyn is antisemitic is also not new or, indeed, true. As Shadow Chancellor John McDonnell argued in an interview with Sky News in April:

We’re now led by someone who’s possibly one of the… foremost anti-racism campaigners that we’ve had in our political history… I think there’s antisemitism in our community and it will pervade all of our institutions, and we’ve got to root it out.

Corbyn also initiated an independent inquiry into antisemitism in the Labour Party. And though a Parliamentary Home Affairs Committee found that three quarters of politically-based antisemitism comes from the far right, not the left, other parties haven’t followed suit.

The manifesto mock-up does tell us a lot, however, about Leave.EU and the “comrades” that it keeps. The group was founded by millionaire and UKIP donor Arron Banks. And Banks, like the tabloids’ minted owners, must be bricking it at the thought of a Corbyn victory. Because a Labour government would make sure the wealthiest in society paid their fair share of tax, while ring-fencing the taxes of 95% of the population. And it would wrestle political power from the hands of the moneyed classes and give it back to the people.

So what is Banks’ Leave.EU to do? Lying is the only thing it can think of. But that should come as no surprise. Because the campaign group, which the Electoral Commission is currently investigating for alleged campaign spending offences, wasn’t shy about misleading voters in the Brexit campaign either.

As with our nation’s despicable tabloids, Leave.EU has nothing to offer but bile-covered bullshit. That’s the sum total of its argument. No wonder Banks’ hopes of a political career lie in tatters.

– Call everyone you know.

– Help people get to the polling station.