One of Britain’s top lawyers finally mentions the Grenfell scandal the media won’t talk about, live on the BBC [AUDIO] - Canary 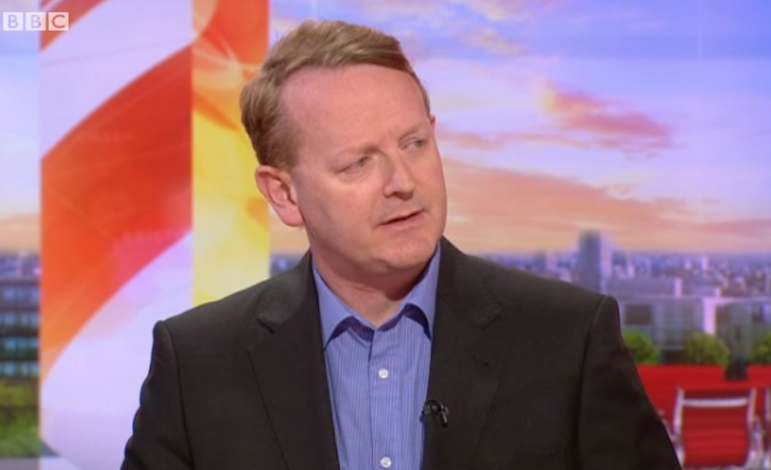 Pete Weatherby QC is one of Britain’s top lawyers. He represented 22 families in the Hillsborough inquests. On the morning of 16 June, BBC Radio Wales interviewed him about the Grenfell Tower fire. He said:

I think this is a key feature that may have been missed… There’d been swinging legal aid cuts.

We wonder at this point whether in fact those cuts prevented those residents taking proper advice, and whether if they’d taken proper advice they may have been able to challenge the fire safety problems at an earlier stage and there would have then followed proper meaningful remedial work – not just cladding to make the building look better, but actually safety provision to save lives.

Residents of Grenfell Tower have been warning about fire risks for years, only for their concerns to fall on deaf ears. In November 2016, a member of the Grenfell Action Group eventually wrote:

It is a truly terrifying thought but the Grenfell Action Group firmly believe that only a catastrophic event will expose the ineptitude and incompetence of our landlord, the KCTMO [The Royal Borough of Kensington and Chelsea Tenant Management Organisation], and bring an end to the dangerous living conditions and neglect of health and safety legislation that they inflict upon their tenants and leaseholders.

Had residents had access to legal aid, Weatherby suggests, their concerns may well have been acted on, and lives might have been saved.

“They couldn’t get lawyers”

Weatherby is right. Grenfell residents did try to get lawyers. But they couldn’t, thanks to legal aid cuts, according to campaigner Pilgrim Tucker, who worked with them for several months. Speaking to BBC Newsnight on 14 June, Tucker said:

Other lawyers have also pointed out the role of legal aid cuts in the tragedy:

People in #GrenfellTower wanted to take on the landlords re fears about fire but they couldn;t afford it and there's no legal aid #newsnight

These are the sort of things housing solicitors used to help tenants with but with the drastic cuts in civil legal aid over years, tenants have very limited recourse to legal help before these matters become tragedies… Often tenants are unable to acess [sic] advice or help because of the dismantling of the civil legal aid system, which unlike the cuts to criminal legal aid have gone largely unreported by the media.

But beyond the BBC, there has been barely a mention of the impact of legal aid cuts on Grenfell’s residents in the media. In fact, swathes of our press have instead chosen to blame individual residents, residents as a whole or the EU.

The latest spate of legal aid cuts began under New Labour. Pursuing a vision of “a market-driven economy in legal aid”, the New Labour government introduced rounds of cuts in 2004, 2007 and 2010.

Then, the Conservative-led Coalition government introduced legal aid cuts on steroids. In 2012, it obliterated civil legal aid for social welfare cases, including housing (except in limited circumstances). That left “thousands of the most vulnerable without essential legal advice and support”, according to Amnesty International. The aim? To save £350m per year. The result? People like the Grenfell residents could no longer get legal help.

The Grenfell residents finally look set to get some legal help, as lawyers rush to offer assistance:

If residents of Grenfell Tower want legal help with compensation and responsibility many lawyers will be happy to help. For free. I will.

But that is not enough.

It is down to government – both national and local – to take responsibility for the devastating facts: Grenfell’s residents raised concerns over a period of years. The council allegedly employed lawyers to try to silence them, presumably using taxpayers’ money. Thanks to legal aid cuts, Grenfell’s residents could not escalate their safety concerns. Now, we have seen loss of life on a devastating scale.

The Canary contacted both KCTMO and Kensington and Chelsea Borough Council for comment. KCTMO had not responded at the time of publication. A council spokesperson said:

We have heard a number of theories about the cause of the fire at Grenfell Tower. All of these will be thoroughly investigated as part of the formal investigation which has already begun.

You can listen to the BBC Radio Wales interview with Weatherby here:

This article was updated at 1820 on 16 June to include a quote from Meera Betab.