In less than 24 hours, the government's promises to the Grenfell Tower victims are exposed as lies - The Canary 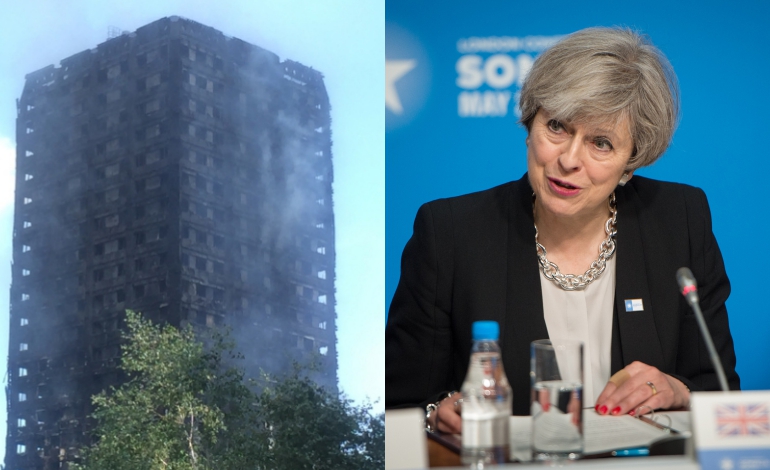 It has taken less than 24 hours for the promises the Conservative Party made to the Grenfell Tower victims to be exposed as lies. On 15 June, housing minister Alok Sharma told parliament that he could:

guarantee that every single family from Grenfell House will be rehoused in the local area.

But on 16 June, Kensington and Chelsea Council announced that:

it is possible the council will have to explore housing options that may become available in other parts of the capital.

At the emergency parliamentary session, Sharma said he wanted to be “absolutely clear” when he made his promise. He added:

That is a very clear reassurance which I hope colleagues will feel is useful.

But it doesn’t seem very useful or clear to the people who are homeless after the fire. In just a day, it appears to have been exposed as an empty promise, or even a lie.

But there is an easy solution to the housing issue. Labour leader Jeremy Corbyn proposed that:

properties must be found – requisitioned if necessary – to make sure those residents do get re-housed locally.

There are 1,399 empty houses in Kensington and Chelsea alone. Across London, there were 19,845 homes sitting idle for over six months in 2016.

Theresa May, meanwhile, has promised a £5m fund for the victims. And as people who lost loved ones, neighbours and friends took to the streets of Kensington, one tweet summed up how little that amount of money could buy people in the area:

These people desperately need to be housed properly. It is obscene that there are 1,399 empty homes in the borough. It is equally obscene that the government is now apparently misleading victims.

Justice is needed for Grenfell Tower. This will take a while with investigations. But people need homes now. And requisitioning these homes for those in need now is the first battle in a long fight to get justice.