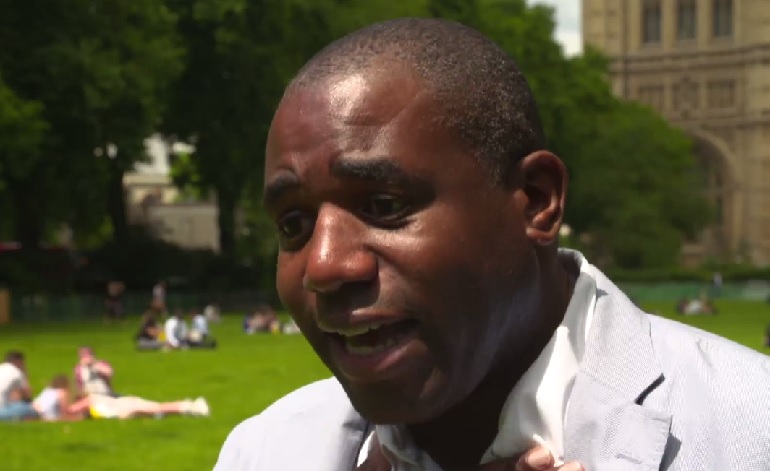 On 16 June, Channel 4 interviewed Labour MP David Lammy in the wake of the Grenfell Tower fire. And Lammy, who lost a friend in the disaster, struggled to hold back his tears as he made a heartfelt plea to the British public.

The welfare state is “falling apart”

Referring to the Grenfell tragedy, Channel 4 Social Affairs Editor and presenter Jackie Long asked Lammy “for you, what is this about?” The MP replied with a plea to save Britain’s collapsing welfare state:

For me, this is about the welfare state… We need to live in a society where we care for the poorest and the vulnerable. And that means housing. It means somewhere decent to live. It was a noble idea that we built, and it’s falling apart around our eyes. That’s what it’s about.

Do you think this says anything about the value that is placed on the lives of people who cannot afford to buy their own property to live in some of the nicer bits of Britain?

This is a tale of two cities. This is what Dickens was writing about in the century before the last. And it’s still here in 2017. It’s the face of the poorest and the most vulnerable. My friend who lost her life was a talented artist but… she absolutely had no power… She had not yet achieved that in her life. She’d done amazing things… But she’s died with her mother on the 22nd floor of the building. And it breaks my heart that that’s happening in Britain in 2017. Breaks my heart.

In the wake of the Grenfell tragedy, numerous commentators have spoken about the link between political choices and what happened on 14 June. Rapper Akala said:

This is a disgraceful insight into a society which isn’t just scarred by inequality – it’s defined by inequality… If these were rich people… then of course they would have been listened to.

And looking at the tragedy in light of Britain’s worsening housing crisis, rapper Lowkey spoke candidly about the Conservative government’s ideological cuts, saying:

The Grenfell Tower disaster was a wake-up call for many people across Britain. And it revealed so much about what it wrong with Britain today. Because the people who suffered in the tragic events of 14 June were not only victims of fire. They were also victims of a broken, unjust, and unequal political system. They were victims of poverty.

Now, Britain has a chance to stand up and say ‘no more victims’. And it’s a chance we need to take with both hands.