As radical politics invigorate the UK, a new book looks at the radicals who could change the world - Canary 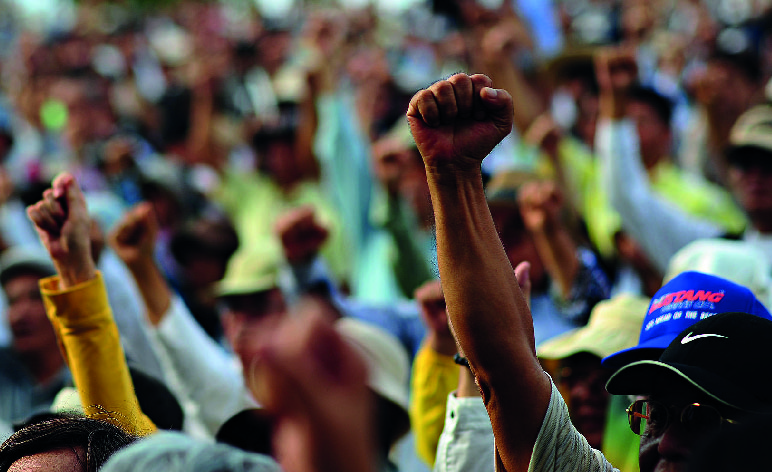 Jamie Bartlett, the author of The Dark Net, has written a new book titled Radicals. It comes at a pivotal time in UK politics. A time when new ideas feel like they’re becoming inevitable and change, in one form or another, seems certain.

As the Conservative Party attempts to drag us back to the past, Bartlett’s book looks at the people who are reaching for the future. The radicals. The people who seem like they’re on the fringes now, but may one day be remembered as the crest of a building wave.

Bartlett writes in the prologue:

By the time I finished this book in early 2017, the difference between ‘radical’ and ‘mainstream’ was less clear than when I started.

Undoubtedly, he feels like the difference has shifted even further since then.

Bartlett immerses himself with several different groups. Some you may know or agree with. Some you may be ignorant of or find repellent. But he gives all of them a fair hearing, and may even make you look at the people you oppose in a new light.

The radicals you’ll meet include:

Each chapter gives a good oversight while also asking valuable questions for people on the left. Questions like how can we combat groups like the EDL without alienating their largely working class members? Or how can environmentalists get their message across if they’re failing to attract activists from the broadest cross-section of the UK population?

You may not always agree with Bartlett’s ideas. But it is important to analyse other people’s politics and to self-assess our own. Radicals gives ample opportunity to do both.

Bartlett offers hopeful words for those who are railing against the stagnant consensuses of the modern world:

Today’s radicals are not all pioneers, idealists, brave heroes, and not all (if any) will one day be seen in the same light as John Stuart Mill, or Marx. But neither are they all fundamentalists or fools. Because they reject common wisdoms, radicals are routinely misrepresented or ignored by the media, and their ideas are dismissed. But, for better or for worse, the lesson of history is that today’s radicals often become tomorrow’s mainstream.

People who’ve been supporting radical UK politics for the past few years will understand what it feels like to be dismissed. Bartlett takes a different approach to what he calls the “timid mainstream” and tries to actually understand these new ideas. And if we want to stay radical, that’s an approach that’s vital for all of us.