Theresa May does not care about firefighters. Her government cut their mental health support - Canary 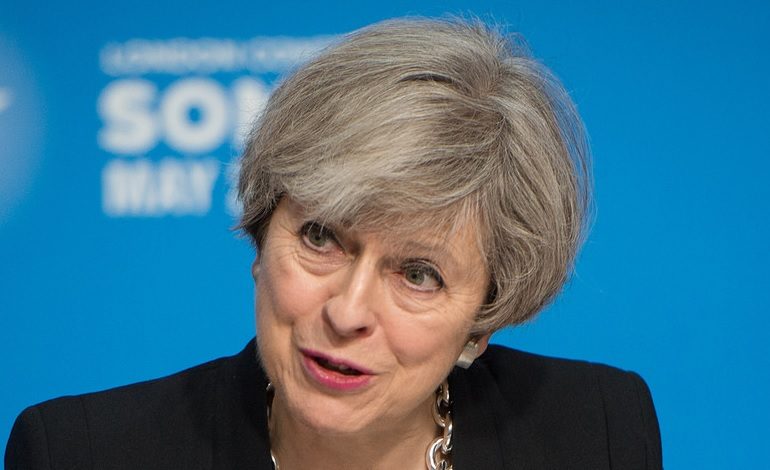 Theresa May praised the “heroic” work of the firefighters who extinguished the Grenfell fire. But her words will ring hollow to those women and men fighting the fire and experiencing unspeakable trauma. Because not only has the Conservative Party made cuts to the fire service, it has also cut to just two the number of counsellors available to support firefighters in the aftermath.

London Fire Service Commissioner Dany Cotton spoke to Sky News in the aftermath of the fire. She described her officers as being “truly traumatised”. She continued:

I spoke to one of my officers who was very near when someone came out the window, and he was in tears, and he is a professional fire officer.

We like to think of ourselves as rufty-tufty and heroes – they are heroes, but they have feelings, and people were absolutely devastated by yesterday’s events.

But traumatised officers might have difficulty accessing the emotional help they need and deserve. According to the Fire Brigades Union (FBU), the number of counsellors available for firefighters in London has been cut. From 14 to 2.

The absolutely devastating scenes that firefighters witnessed at Grenfell will stay with them for the rest of their lives. They are heroic men and women who just get on with the job and don’t complain but at the end of the day, they’re human and will be affected by what they see. The priority today is to make sure that everything possible is done to take care of their mental wellbeing after such a horrific disaster. We need more counsellors to look after them, not less.

The cuts happened while now Foreign Secretary Boris Johnson was Mayor of London. Alongside the cuts to counselling, he also got rid of 13 fire engines.

One anonymous firefighter said he did receive an hour of counselling in the aftermath:

It was absolutely horrific at Grenfell, and it’s still very very raw. I have seen some really horrible things that I’ve never experienced seeing before and hope I will never see again. It will stay with me all my life. We were offered a session with a counsellor which I took up, and it did help, but nothing will get those images out of my mind.

But an hour is not enough. And while counsellors are offering their time for free, this is not the answer. Cuts to therapeutic support need to be urgently reversed.

Back at Grenfell Tower, there were moving scenes as firefighters left the site. People lined the streets to applaud and thank the firefighters for everything they had done for them:

Unlike May and her government, these people know the value and respect the work these fire crews have done and will continue doing. It is utterly disgusting that those who risk their lives to save others are being denied the support they need in the aftermath.

May promised a ‘mental health revolution’. But these cuts show how little she or her government care about mental health. It’s time for the end of her and her government. And it’s time for a kinder, more compassionate politics. A politics that recognises and protects our public sector workers and looks after them properly.