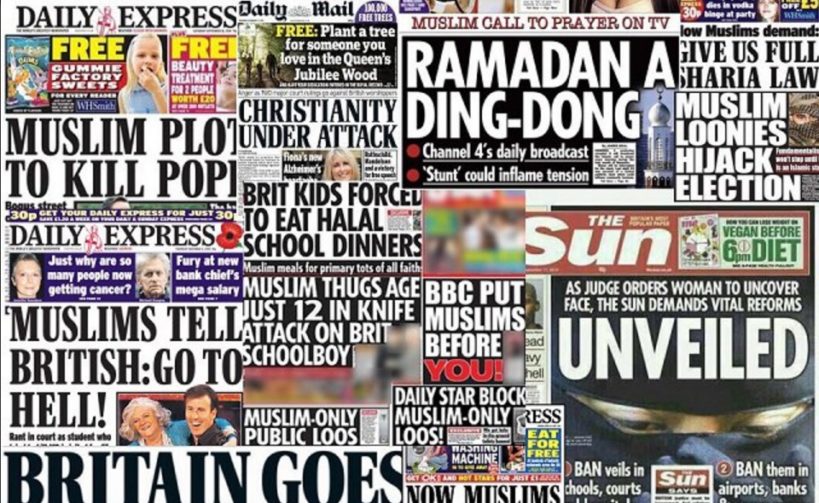 On 18 June, a terror attack targeted Muslims in the Finsbury Park area of London. And in the aftermath, the right-wing media have been called out for the role they’ve played in fostering hatred, fear and division in Britain in recent years.

One person was apparently killed and several others injured as a van hit civilians. A man is alleged to have said “I want to kill all Muslims” after the attack. The London Metropolitan Police Commissioner said on 19 June:

According to Scotland Yard, a suspect is now being held for the “commission, preparation or instigation of terrorism including murder and attempted murder”.

How was the attacker radicalised?

In light of the 18 June attack, a number of commentators have called out the right-wing media for their irresponsible activities in recent years:

Again: let's talk about how the #FinsburyPark terrorist was radicalised. pic.twitter.com/t3O6q5zfXq

We need address the reasons why the #FinsburyPark terrorist was radicalised. pic.twitter.com/oLaHKYeSkB

He shouted "I want to kill all Muslims". We called 👮saying 8 injured 3 critical. Media reported this like it was car accident.#FinsburyPark pic.twitter.com/9hB46CQbz7

Terrorism has no race or religion… Apart from in the media that is #FinsburyPark pic.twitter.com/BBBTjiXwna

Although some of the apparently different treatment may possibly be down to the fact that this particular terrorist is still alive and likely to face trial:

The SITE Intel Group, which monitors extremist movements, said that white supremacists were talking about the attack as the “early stages of a race war”. Supporters of Daesh (Isis/Isil), meanwhile, were reportedly using the attack for their own propaganda purposes.

At the same time, as it emerged that the van had been hired in south Wales, the far-right National Front’s Welsh regional organiser Adam Lloyd denied any link to the suspect. He did claim, however, that “this is not a terrorist attack but a revenge attack”. The same type of logic that Daesh uses to justify its own atrocities.

The ideological battle against extremism

The Finsbury Park Mosque first gained national prominence when Egyptian-born cleric Abu Hamza became imam in 1997. He was removed in 2003, but his rants apparently inspired a number of terrorists – including one of the 7/7 London bombers. After serving prison time in the UK, Hamza was extradited to the US in 2012 and sentenced to life in prison in 2015.

In 2005, a new board of trustees gained full control of the Finsbury Park Mosque. As The Independent reported in 2014:

its extremist parts [were] dismantled from within, and it now serves as a community centre as much as a mosque, holding regular inter-faith meetings to discuss local concerns on disability, mental health and the environment.

It took the media time to adapt to this transformation, though. And in spite of significant changes at the mosque, it has still been a target for attacks on numerous occasions. In fact, international news agency Thomson Reuters agreed earlier in 2017 to pay damages to the mosque after wrongly claiming it still had links to terrorism.

And on 18 June, there was one act which showed that Muslim leaders in Finsbury Park are fully aware of the ideological battle that needs to be won against all forms of extremism. The chief executive of Muslim Welfare House, near where the attack happened, described how the suspect was detained. He said:

He hit almost a wall… so people grabbed him outside and started hitting him, but our imam outside went and saved him, he saved his life basically.

Don’t hit him, hand him over to the police, pin him down.

How to fight the fire of extremism

In the face of a horrific anti-Muslim attack, then, there were figures who saved the suspect so he could be arrested. And indeed, violence is rarely defeated with more violence. As British anti-terror fighters said after the 22 March terror attack in London:

The only way to defeat hate and extremism is to not give in to it.

In short, while there’s a military fight to defeat Daesh on the battlefield in Syria and Iraq, ideologies are simply harder to kill. And the world will not defeat hateful ideologies like theirs with more hatred. Just as fire is not defeated with more fire, but with water. In fact, more hatred, fear and division are precisely what Daesh and the far right actually want; because they feed into their warped ideologies.

The only way to defeat extremism is to unite. To stand up for peace and understanding. To be driven by love rather than hatred. And to expose the crooked ideologies of those who seek to divide us to the intense scrutiny they deserve. Whether such ideas come from politicians, preachers or media outlets.

We can defeat them.