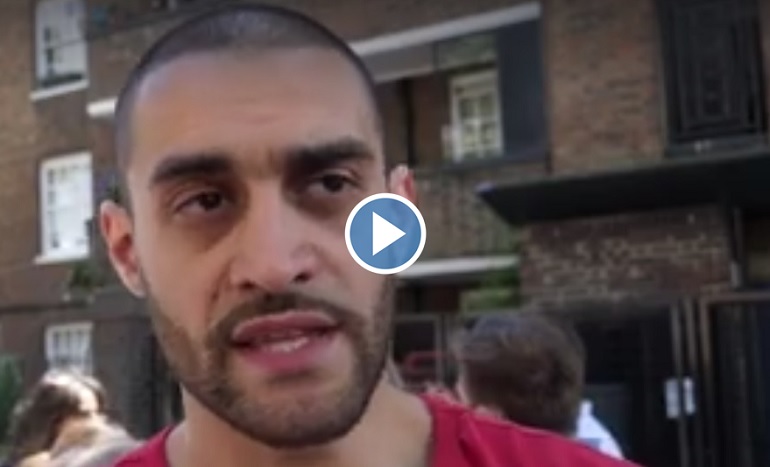 Rapper Lowkey was a witness at the Grenfell Tower disaster on 14 June. Now, he’s spoken out.

He believes people simply “didn’t have to die”; and that the tragic event was a result of the injustice and criminality at the heart of Britain’s current political system. For that reason, he says, the event “has to be the death knell of the Theresa May government”.

In a video interview with Double Down News, Lowkey says:

We had people we love in there, calling for help… Really, we sat and watched them die in front of our eyes…

And witnessing this disaster clearly left him resolute about the necessary consequences of the event. He insists:

He then elaborates on the type of criminality he’s referring to.

When profiteering, cost-cutting, and human suffering go hand in hand

As The Canary has previously reported, Lowkey has a deep understanding of politics. And he has long been active in campaigning against exploitation and injustice.

Having witnessed the Grenfell disaster with his own eyes, he doesn’t hesitate to describe the system he believes was responsible. He explains:

You have corporations competing over the outsourcing of what should be functions of the council, and functions of the state. And so often, they want to get the highest profit they can, so they do jobs which are just not up to par.

This comment comes as an investigation has confirmed that material used in the cladding covering Grenfell Tower – which experts have linked to other fires around the world – was “the cheaper, more flammable version of the two available options”.

Lowkey, meanwhile, is clear about what needs to happen next:

The way I see it, it has to be the death knell of the Theresa May government. Neoliberalism is discredited. Austerity is discredited. It is a political choice. It doesn’t have to be this way. And it is a matter of life and death.

After horrific disasters like the one at Grenfell Tower, there must be repercussions. We must have a very serious look at the causes, and take action to prevent such tragedies from occurring again in the future. In this case, that means looking at why residents’ requests and concerns in the past reportedly “fell on deaf ears”. It means looking at why councils are outsourcing important work to profit-making corporations. And it means looking at how austerity politics have worsened Britain’s chronic housing crisis.

There must now be consequences for those responsible.