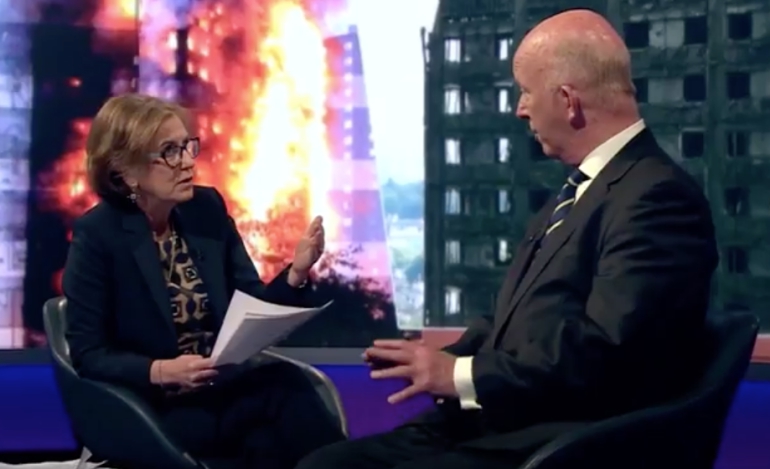 It’s difficult to see how the Tories could sink much lower in their response to the Grenfell Tower disaster. The top of government failed to act on a safety review. The landlord ignored tenants’ warnings. Theresa May couldn’t even bring herself to meet residents. And now, the Conservative leader of Kensington and Chelsea Council has managed to hit a new low, blaming residents for a sprinkler system not being installed.

There wasn’t a collective view that all the flats should be fitted with sprinklers because that would have delayed and made the refurbishment of the block more disruptive.

And he continued blaming residents:

We are now talking retrospectively after the most enormous tragedy, but many residents felt that we needed to get on with the installation of new hot water systems, new boilers and that… trying to retrofit more would delay the building and that sprinklers aren’t the answer.

Paget-Brown was also clueless about the situation in other tower blocks in the area. He was unable to say how many other buildings lacked sprinkler systems.

But Paget-Brown’s comments are in direct contradiction to the words of residents, who have continually raised issues of fire safety.

There are many different factors and people who are liable to be culpable for the fire. And as council leader, Paget-Brown will also have questions to answer.

But one thing is certain. Blaming the residents is disgusting. Even if it were true, which is debatable from the evidence, it should have been the responsibility of the council to insist they were fitted.

Even for the Tories, Paget-Brown has reached an all time low with his comments. This is a vile and contemptible response to the tragedy.