The Express tried to blame the Grenfell fire on the EU, but there's a problem - Canary Workers’ Co-op 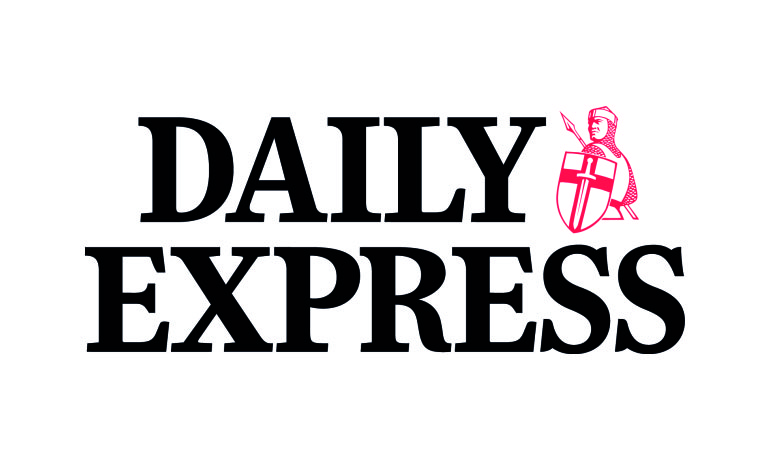 The Express has questioned whether EU regulation resulted in “deadly cladding” being used to refurbish Grenfell Tower. The first problem is that this cladding is listed as ‘flammable’ in Germany. The second is that [paywall] a fire-resistant version of the same cladding was available in the UK. 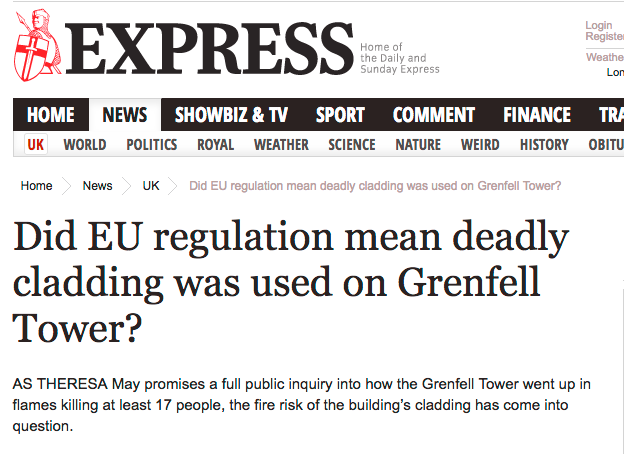 The Express, which has in the past been accused of pro-Brexit ‘fake news’, said:

EU regulations set out rules for buildings’ energy consumption with Britain signed up to the 2010 Energy Performance of Buildings Directive. Under the directive, the UK is required to report to the European Commission on progress towards national energy efficiency targets each year.

Article 24 of the directive was cemented into UK law in April 2014 and a Government report says ‘bringing as many residential and commercial buildings as possible up to a high level of energy performance is a priority for the UK Government’.

Cladding is often used to improve energy efficiency and it is thought there could be up to 30,000 buildings in the UK fitted with similar cladding to that used on Grenfell Tower.

But improving energy performance and using flammable cladding are not mutually exclusive. As The Metro notes:

Germany ranks the material as ‘flammable’, putting it in the same category as ‘unprotected wood with a thickness of no more than 12mm’.

And [paywall] The Times stated:

Grenfell Tower refurbishers would have needed less than £5,000 to upgrade the building’s external panels to a fire-resistant version…

Hundreds of aluminium panels, known as Reynobond, were installed on the 230ft west London property in a £8.6 million refurbishment. Witnesses described the building’s cladding, made up of the panels and an insulating underlayer, as going up like a ‘matchstick’.

Reynobond offers three types of panel: a standard one with a polyethylene core (PE) and two with fire resistant or ‘non combustible’ cores. Grenfell Tower had reportedly been fitted with the cheaper PE version.

The site Health and Safety at Work has previously written:

Based on the track record of the 2010–2015 coalition and current Conservative administrations, Ford argues that a post-Brexit government could pursue further deregulation. For some on the leave side, this provides a substantial boost to their argument. For those in the remain camp, it is cause for anxiety. Ford warns that many regulations derived from EU directives could be removed altogether, to the extent of cutting the regulators out of the picture and leaving injured or ill workers to pursue justice through the civil courts.

It’s clear to many that phrases like ‘red tape’ and ‘health and safety gone mad’ translate as ‘ actually making sure workers/poor people are safe’. While the EU is not a perfect manager of safety, it’s also blatantly the case that some Conservative ministers have no interest in safety whatsoever. And it’s clear that comparatively inexpensive steps could have [paywall] been taken by the refurbishers to make Grenfell Tower safer; and that the Conservatives ‘sat on‘ a tower block fire safety review.

Clearly, there are a number of people and factors to blame for this horrific incident. But EU energy performance directives do not seem to be one of them.