Someone has made a video called 'Poor Theresa needs your help'. And it's hilarious [VIDEO] - Canary 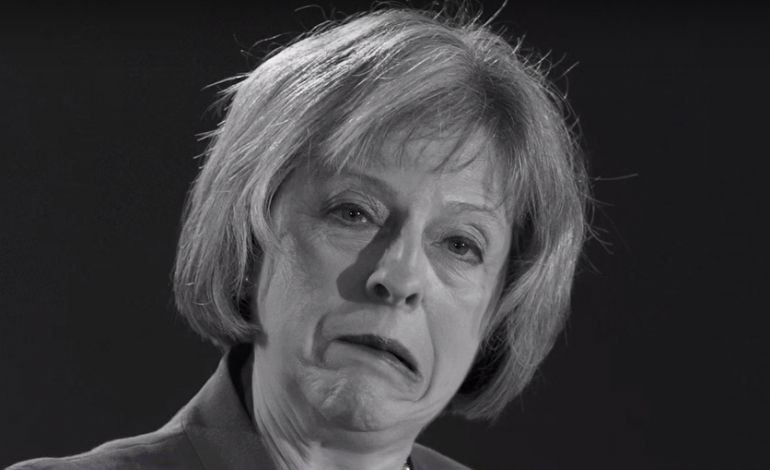 Someone has made a video titled Poor Theresa needs your help. Please, do what you can. In a mock charity campaign to raise donations for Theresa May, the video (uploaded to YouTube by news site JOE.co.uk) points out how devastating a loss the election result was for the PM.

‘She is weak. She is wobbly’

Pre-election, a journalist accused May of being “weak and wobbly” rather than “strong and stable”, a Tory mantra that was repeatedly parroted, despite losing all meaning following the Manchester attack.

May tried to hit back at the criticism at the time, but given all of her policy U-turns [paywall], it was never easy for her to defend her ‘strong and stable’ public image. We could all see the lack of any real substance in the soundbite.

Post-election, we can see how weak and wobbly May is by her decision to make a deal with the terrorist-linked DUP. This is also a party that opposes women’s rights, LGBTQ+ rights and measures to tackle climate change, and whose members want creationism taught in schools.

It’s weak and wobbly to form an alliance with such an extreme party in order to stay in power. It also suggests that May lacks a great deal of moral integrity. And the public has reacted strongly against the deal.

Before the election, it seemed that May was the most popular leader since the late 70s. And polling showed Corbyn to be more unpopular than ever.

But as the election approached, this all changed, with May’s popularity plummeting and Corbyn’s soaring. And now, post-election, May is more unpopular than ever. Her own party has turned against her, with former Chancellor George Osborne describing her as a “dead woman walking” in light of the disastrous snap election. And Tory politician Anna Soubry wasn’t too happy with May as leader either. Meanwhile, Labour membership soared by 35,000 in just four days since the election.

The video highlights how unexpected the loss is for May. And how wrong the right-wing mainstream media were about her leadership. It says:

She was supposed to ‘crush the saboteurs‘. She was expected to win by a landslide. She was meant to enter Brexit negotiations with a powerful new mandate. All that is gone. Her confidence is broken and her power is crumbling.

So as May plans to make a dangerous deal with the DUP, it is doubtful whether she will last long as the Tory leader. There is still hope – indeed, the odds may be in his favour – that Corbyn will become the next Prime Minister. What we need is a progressive leader who we can trust, whose integrity doesn’t depend on empty slogans. This election has shown that people are sick and tired of being sold promises that are never kept. May is crumbling – and so is the status quo.