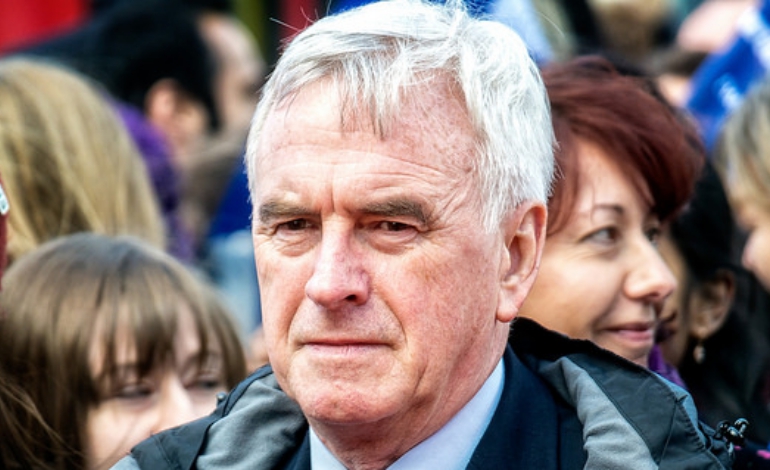 In the wake of the hung parliament and Theresa May’s dodgy deal with the DUP, John McDonnell has set out what he thinks we should all do next. And if we get involved, it might be the best chance we have of stopping the Tories.

Keep up the pressure

A number of groups are organising a mass protest on 1 July against May’s government. And McDonnell is urging all of us to “get out on the streets”.

What we need now is the TUC mobilised, every union mobilised, get out on the streets… Just think if the TUC put out that call – that we want a million on the streets of London in two weeks’ time.

In other words, after a surge for Labour in the 8 June general election and a poor performance for the Tories, British progressives need to keep the pressure up.

The ‘Not One Day More’ protest, organised by the People’s Assembly Against Austerity, says:

The Election result represents a rejection of Tory policies. They know they have no mandate; already the Government has suggested they may have to ease their austerity plans because of huge opposition. We need to make sure the full force of that opposition is felt. If we continue to mobilise in huge numbers we can deepen the crisis for the Conservatives and force big concessions on the NHS, education, housing and jobs.

Despite a deal not yet being in place, the Queen’s speech will take place on 21 June. And various groups have announced plans to protest. But it looks as though protesters will be gathering in Parliament Square for most of the day.

Young people voted in their droves last Thursday to reject tuition fees and low pay. If 16- and 17-year-olds were allowed to vote, Jeremy Corbyn would be prime minister already. The fact that the Tories are now being propped up by a reactionary, anti-gay, anti-woman, sectarian party like the DUP will leave many people feeling that we have been robbed. We will be at the Queen’s speech next week to support Corbyn and McDonnell’s efforts to end tuition fees and low pay. We will also be there to say: if we unite and fight, we can win.

Protests have already been taking place across the country. In Liverpool, hundreds turned out to protest the Tory/DUP alliance. In Swansea, too, people took to the streets. And protesters are set to take to the streets and beaches of Cornwall at the weekend.

But wherever protests are taking place, the message is clear. If we want to see an end to the Tories’ coalition of chaos, we can’t wait for the government to call another election. We have to take to the streets and make our voices heard. And we also need to be disruptive. One million people marched against the invasion of Iraq, but were ignored. If a million of us do indeed take to the streets on 1 July, we need to make sure we cannot be ignored.

Together, we can stop this government. We just need to keep up the pressure.

– Join the protest against the Queen’s speech.

– Support the ‘Not One Day More’ protest on 1 July.

– If you’re in Cornwall, join the protests on 17 June.