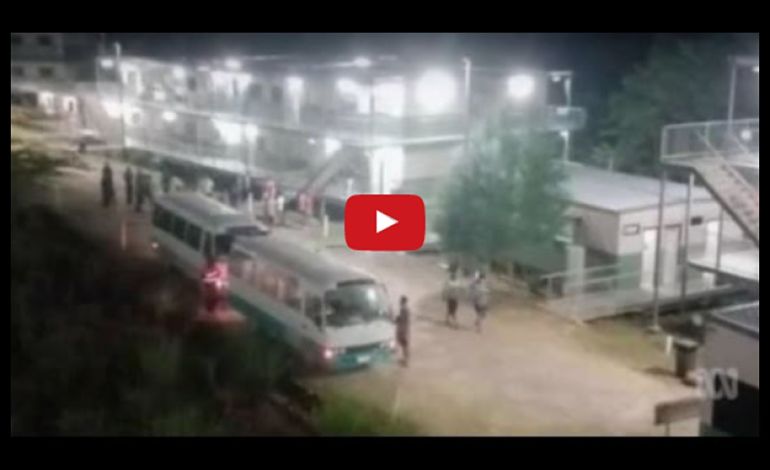 The Australian government likes its refugees out of sight and out of mind. So it built offshore facilities to detain them. And it contracted them out to private companies. But now, a landmark settlement means that hundreds of refugees will receive millions of Australian dollars in damages.

Australia’s government built offshore detention facilities on Christmas Island (Australian territory), Nauru (a sovereign state), and Manus Island (part of Papua New Guinea (PNG)). Many of the refugees detained in those facilities have been there for years.

Earlier this year, Australian lawyers began a class action on behalf of those detained (all men) on Manus. And this week, in a  landmark settlement, it was announced that 1,905 current and former refugees detained on the island will receive A$70m (£42m) in damages from the Australian government and its contractors.

Around 5,800 claims are currently being (or are expected to be) lodged by refugees and asylum seekers against the Australian government. And the total costs could well exceed the Manus payout.

On hearing news of the settlement offer, Amnesty International commented:

This settlement should send a clear signal to all companies involved in the inherently abusive offshore detention policies of the Australian government that they can be held liable.

Once again Australian taxpayers are footing the bill for the failure of the Australian government to treat asylum seekers lawfully, with basic dignity and respect. Many of these men have been tortured or otherwise ill-treated at home, before fleeing because their lives or the lives of those who they love were threatened. To subject them to these horrific conditions was unnecessary, cruel and unlawful.

Law firm Slater and Gordon brought the class action on behalf of detainees on Manus Island between November 2012 and December 2014. The litigation was subsequently amended to include additional allegations that the refugees were falsely imprisoned up to May 2016.

The defendants include the Australian government, as well as contractors G4S and Broadspectrum (formerly Transfield and now owned by multinational Ferrovial).

In a detailed statement of claim [pdf], lawyers alleged that detainees were housed in dirty, overcrowded and overheated facilities; and that they were subject to violent and anti-social behaviour from security staff and other detainees. The litigation by the plaintiffs included 200 witness statements and 200,000 documents of evidence.

Including costs, the in-principle agreement (subject to court approval) runs to at least A$90m. But the estimated cost of operating the detention centre on Manus has (up to August 2016) been A$1m per refugee – or at least A$2bn for that period.

The settlement allows the government to avoid a protracted court case that could have lasted six months and would have exposed the conditions under which the men suffered – for the whole world to see.

If the government was so confident of the legality of its treatment of asylum seekers on Manus, you’d expect them to defend the case to the bitter end, not pay out a vast sum so swiftly. This payout points to the government seeking to avoid public airing of a strong body of evidence documenting systematic mistreatment and neglect.

In February 2014, riots at the detention centre saw more than 70 detainees seriously injured. Over three days, police shot at refugees, and locals stabbed them. In the melee, Iranian Reza Barati was murdered.

In April 2016, the PNG’s Supreme Court ruled that the detention centre on Manus was illegal and unconstitutional. Months later, the PNG government forced Australia to agree to close the centre. But there are still around 900 men detained there.

Then, in April 2017, rioting PNG military personnel fired on the camp, injuring refugees and Australian-employed guards.

Lawyer Greg Barns is now advising another class action for 731 men on Manus Island. And he believes the case will see a settlement of around A$150,000 each.

The Australian Lawyers Alliance, of which Barns is a member, is aware that Australia’s federal government also paid a further A$23.4m in compensation to people held in Australian-run immigration detention centres between 2009 and 2011.

But according to Barns:

that figure had increased exponentially: in 2015-16 alone, the Department of Immigration’s legal expenditure was over $72 million. There are currently nearly 5,800 claims on foot.

And then there are the other detention centres

There are still around 280 other refugees and asylum seekers detained in the processing centre on Christmas Island. And there are more in detention on the Australian mainland.

And then there’s the detention facility on Nauru, where there are 300 documented cases of children committing or threatening self-harm, 67 cases of child abuse, 33 cases of rape or sexual assault of asylum seekers, 200 cases of assault, and 30 cases of abuse against Australian staff. An Australian Senate report into abuse on Nauru made further grim reading. And in August 2016, The Guardian Australia published The Nauru Files. These provided extensive evidence of abuse at the refugee facility on the island state. And in November, the BBC broadcast a documentary on the horrors of Australia’s offshore detention programme.

The Australian government is desperate not to relocate any of the offshore-based refugees or asylum seekers to mainland Australia. That’s why it reached a deal with the Obama Administration to resettle refugees. But since Donald Trump became US President, that deal has faded away.

The deal isn’t just with the US, though, and could see the resettlement of refugees in New Zealand, Canada and Malaysia. Yet it appears relocation will only apply to some – namely those designated by the UNHCR as ‘genuine refugees’, or those in Australia receiving medical care. Resettlement for those designated as ‘non-refugees’ would be in Cambodia, Papua New Guinea, Nauru, or their home countries.

The Australian government has failed

The recent out-of-court settlement does not mean that the Australian government or its contractors can avoid further legal action. This could come, for example, via the International Criminal Court (ICC), where four claims are lodged, accusing crimes against humanity. The ICC has also received a 52-page submission from Australian, British, and American lawyers.

The Canary has previously highlighted, meanwhile, how any Australian government minister allegedly responsible for detention centre abuses could risk arrest under the principle of universal jurisdiction. This would also apply to the directors of Ferrovial or Wilson Security (sub-contracted to Broadspectrum).

But the big story is that Australia’s offshore detention programme has failed. Spectacularly. Now, the government must put in place a more humane policy and help to relocate refugees.

– See just three examples of the shocking 2,000 incidents of refugee abuse listed in the ‘Nauru Files’ here, here, and here.

– Read The Canary’s previous articles on Australia and refugees.