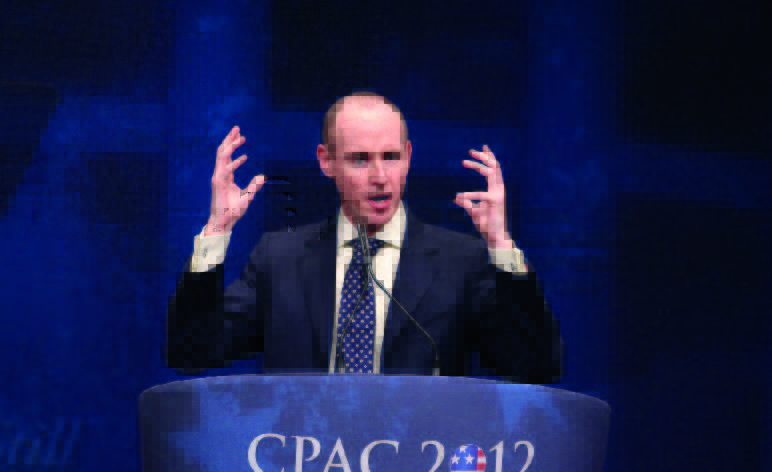 Although less notorious than many other Tories, the MEP Daniel Hannan has played a pivotal role in recent politics. He is the man that The Financial Times referred to [paywall] as “the brains behind Brexit”. And yet his Eurosceptic stance is not the only thing he’s famous for. He’s also famous for his shameless deceptions. The weirdest of these having been thrust back into the public’s attention this week.

How have I never seen this? Dan Hannan goes on imagined walk in Hampshire. Tweets stock pics of Wales. Is he mad? https://t.co/3vgg1DS2ii pic.twitter.com/vDV5G1t4QV

The photo used by Daniel Hannan on 6 May 2016 is a copy of the photo in the ‘Images of Wales’ feature on my website … I took the photo myself eighteen years ago on 20 May 1998.

Now, Andrew Lilico – the Executive Director and Principal of Europe Economics – has come to Hannan’s defence: 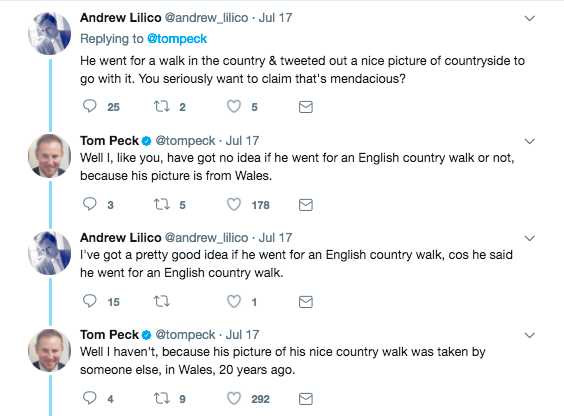 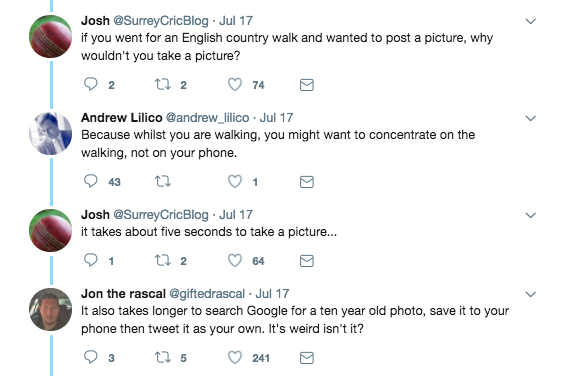 If you’re worried about what this may do for Lilico’s credibility, don’t be. He’d squandered that already. The Europe Economics website describes him as the man responsible for:

The tweet led to other people tweeting out places they have ‘visited’:

"15 miles up and down over the mythical planet Tatooine's sloping fields, pausing for a pie." pic.twitter.com/AwNtB4C6IW

Just had a most enjoyable walk through Bristol's leafy suburbs with Dan Hannan. pic.twitter.com/OOAYGFfAW4

15 miles up and down Hampshire's sloping fields, pausing for a pie @VineHannington. God, I love England in May. #hannanviews pic.twitter.com/t4Lh5wmTrj

A history of nonsense

Something that panned out as being blatantly false.

The New Statesman even had a regular column documenting the nonsense that Hannan came out with. In it, they once commented on this now deleted tweet: 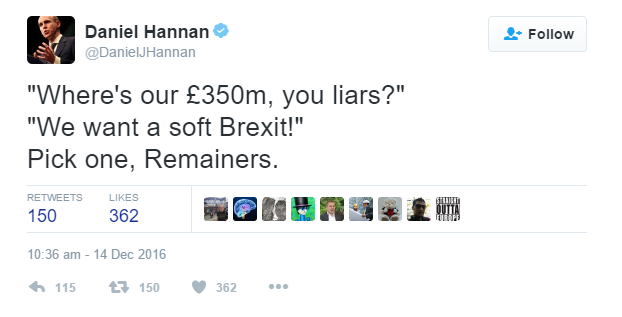 The obvious problem is that claiming a hard Brexit will offer limitless riches is at odds with pretty much everyone. Although there’s a good chance he only deleted it because it reminded people that Vote Leave had long abandoned the £350m proposal. 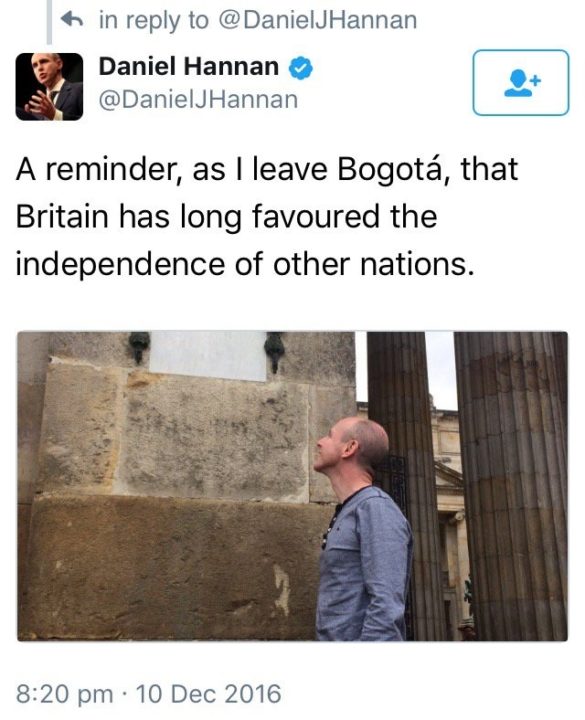 Although credit where credit’s due, he did at least use his own photo. Unless he’s found a body double.

Although there has always been a left argument for Brexit, there was little chance of implementing it given that the Tories were in power. Especially as the party contains people like Daniel Hannan. A man who walked people up the garden path, and then posted a picture of someone else’s garden to boast about getting away with it (#metaphor).