Brexit or no Brexit, what most people really want is a more progressive and fairer society [OPINION] - Canary 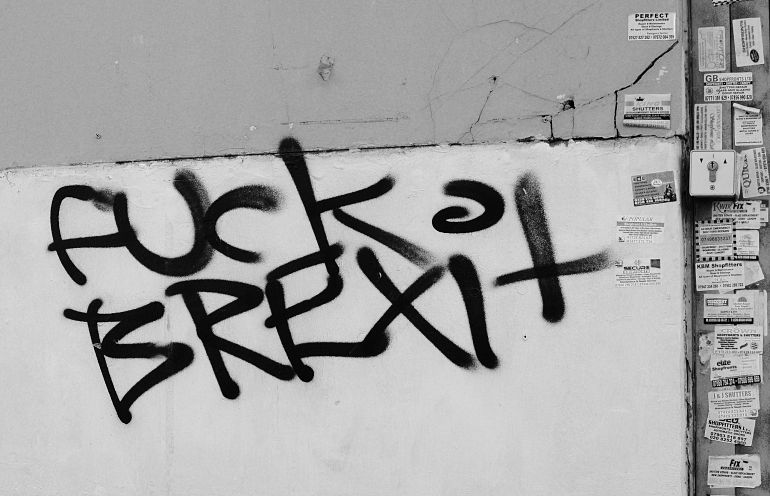 Not everyone who voted Brexit is racist. Though all racists who voted in the EU referendum would likely have voted Brexit. I refused to vote for anything that was backed by Nigel Farage, Boris Johnson, Michael Gove, Liam Fox and all the others on the far right. Also, as an anarchist who wants a world without borders, Brexit – despite the valid criticisms of the EU and its bureaucracies – is anathema.

So where are we now on all this? The short answer is that the politicians are in a state of confusion. And though Labour has its internal arguments too, it at least appears to be seeking creative solutions.

The single market is dependent on membership of the EU. What we have said all along is that we want a tariff-free trade access to the European market and a partnership with Europe in the future.

He clarified in the Marr interview that, while Britain would leave the single market, there might be a way of staying within the customs union.

The next day, however, Shadow International Trade Secretary Barry Gardiner ruled out Britain staying in the single market as well as the customs union. He added that remaining in the latter would be a “disaster”.

Labour’s objective is tariff free access to the single market, no new red tape at customs and a deal that works for services as well as goods. It is vital that we retain the benefits of the single market and the customs union.

Indeed, non-EU members Norway, Iceland and Lichtenstein are all in the single market; and Turkey is in the customs union. So there could easily be room for manoeuvre without completely ruining the British economy.

And there is still the contentious matter of free movement of people, which works both ways.

Mugs with ‘controls on immigration’ emblazoned across them are racist, whereas much more drastic restrictions on free movement by a future Corbyn-led government are merely adhering to the democratic will of the people.

Though it was left to Carolyn Lucas of the Green Party to provide a less economics-based slant:

[ending open movement of people would] kill off the wonderful gift of being able to cross borders because you’ve fallen in love or because you simply feel like moving elsewhere.

Or to put it another way, no one (including Brits) wants to be denied the freedom to move, live and work wherever they choose, including Europe.

But Starmer has long made it clear that Brexit must be a “partnership” with the EU and include a comprehensive trade agreement as well as continued cooperation on science, security, research and technology. Also, that Brexit meets these six conditions:

Meanwhile, to add to the confusion, several polls indicate the public have a different attitude to Brexit than a year ago. For example, Survation showed that, if the EU referendum vote was held now, around 54% would vote Remain, with just 46% backing Leave. And in another poll, six out of ten Britons said they preferred to keep their European Union citizenship, including the rights to live, work, study and travel in the EU. And among young people, the results are even starker, with 85% of 18-to-24-year-olds choosing to retain their EU citizenship.

A Daily Mirror editorial now even argues it may be time to stop Brexit.

And General Secretary of the Transport Salaried Staffs’ Association (TSSA) Manuel Cortes added his voice to the debate:

Voices against the madness of heading, lemming-like, over the precipice are gathering pace and there are signs that public opinion is shifting in favour of heading back from the cliff-edge… So let’s rally for the many benefits migrants bring. Let’s talk about the EU nationals who are doctors, nurses, cleaners and catering staff within our NHS whose brilliant efforts, help us at our time of greatest need. Let’s challenge the poison put out by the Daily Mail with our movement’s strongest antidote: our solidarity for, and between, each other.

But surely, democracy dictates that the referendum result should be respected? Well, that all depends if democracy equates to populism.

And that’s not forgetting the ongoing investigations into how Leave money was allegedly paid to foreign companies to manipulate the referendum vote.

If Brexit was the answer, then the wrong question may have been asked. For almost none of our economic woes are caused by our fellow workers, from wherever they originate. In reality, they are caused by the people in power who own most of the wealth.

For who ensures people remain on low pay that is hardly enough to live on? Who forces people sanctioned from ‘welfare’ to commit suicide? And who organises the end of free tertiary education and the draining of resources from the NHS; and the collapse of council services; the withdrawal of resources from elderly or community care; and the shortage of houses?

It is a progressive and fairer society that most of us seek. Not walls. Not borders. And not hatred.