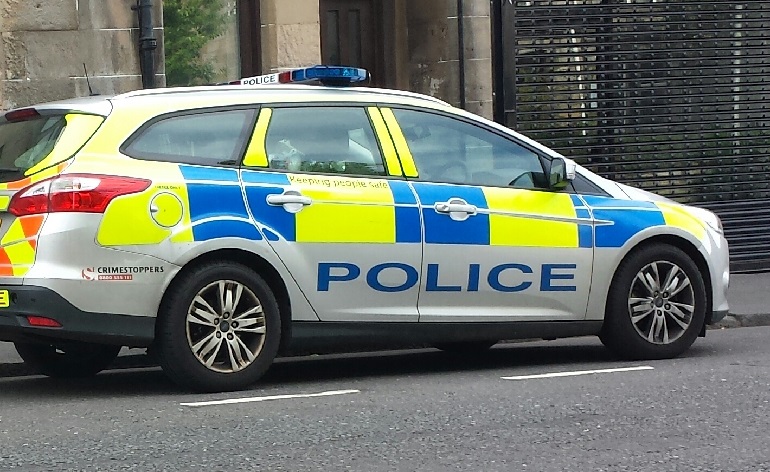 On 30 August, police raids took place in Edinburgh. But there were no arrests. And now, the “terrorised” victims have accused Police Scotland of being “under the pressure and influence of the Turkish consulate”, showing an “open form of racism”.

The Kurdish Community Centre in Wester Hailes, Edinburgh, said that families had been “woken from bed by six plain clothes police officers citing terrorism laws and waving a document that accuses a member of the family of participating in a terrorism activity on 26 March 2017”. One 15-year-old boy, who reportedly felt “terrorised and traumatised” by the events, explained that the 26 March event “was just Newroz, the Kurdish New Year”. He said “there were about 800 people there in Portobello – it’s a massive celebration, nothing to do with terrorism”.

The police officers were reportedly searching for links with the PKK (Kurdistan Workers’ Party). And they confiscated a flag of the PKK-linked YPG (People’s Protection Units). But the boy explained that “sometimes it seemed they didn’t know what they were looking for”.

NATO member Turkey is currently waging war on the PKK (as well as other opponents), for which the UN has accused it of numerous crimes. As a result of this conflict, Britain, the EU, and the US continue to label the PKK as terrorists. But the UN does not.

The PKK, meanwhile, is only at war with the Turkish state today because the latter abandoned peace talks in July 2015. The group also condemns all attacks on civilians. At the same time, many Western analysts recognise that the PKK and its YPG allies in Syria are among the most effective forces fighting against Daesh (Isis/Isil) on the ground in Iraq and Syria. And both the US and the UK are currently supporting the YPG-led SDF (Syrian Democratic Forces).

The Kurdish Community Centre, where the police forced entry even after “being told that the key holder would be there in 20 minutes”, said:

no arrests were made and no evidence of connection with terrorism was discovered. Families were left upset and scared…

A spokesperson for the centre also insisted:

since the Turkish Consulate has been established in Edinburgh, they have put in every effort and energy to intimidate our community by criminalising both us and our centre… We believe the police are under the pressure and influence of the Turkish consulate who are bringing the intimidation tactics of the Turkish Government to Scotland. This is an open form of racism.

We understand local communities may have concerns as a result of this activity but would like to reassure people that this activity was intelligence led and not in relation to any immediate threat or risk… As this is now a live investigation, Police Scotland is unable to comment further at this time.

The intermingling of UK and Turkish politics

The Turkish government has been condemned by the European Court of Human Rights for numerous human rights abuses of Kurdish civilians, including torture and forced displacements, and systematic arrests of political dissenters.

At the same time, there is debate across the EU about removing the PKK from the union’s terrorism list. Both MEPs and lawyers have called for the change.

Back in Britain, however, MPs have accused Theresa May’s government of putting business interests before human rights in Turkey. In January, for example, May visited Turkey to negotiate a £100m deal to help Erdoğan develop fighter jets. And between July and September 2016, the UK sold Turkey: £26m-worth of armoured plate, body armour and helmets; £8.5m-worth of aircraft, helicopters and drones; and almost £4m-worth of licences for missiles, bombs and “counter-measures”. As one of the world’s largest arms fairs gets underway in London, meanwhile, Turkey is down as one of the main sponsors.

Now, with police targeting seemingly innocent Kurdish people, it looks like UK authorities are once again dancing to Turkey’s tune.

– Write to your MP. Ask them to boost the fight against Daesh by pushing Turkey to resume peace talks with the PKK.

– Support Stop the Arms Fair and shut it down.

– Also join at least 400,000 Brits who have cancelled holidays in Turkey; and support the boycott campaign here.