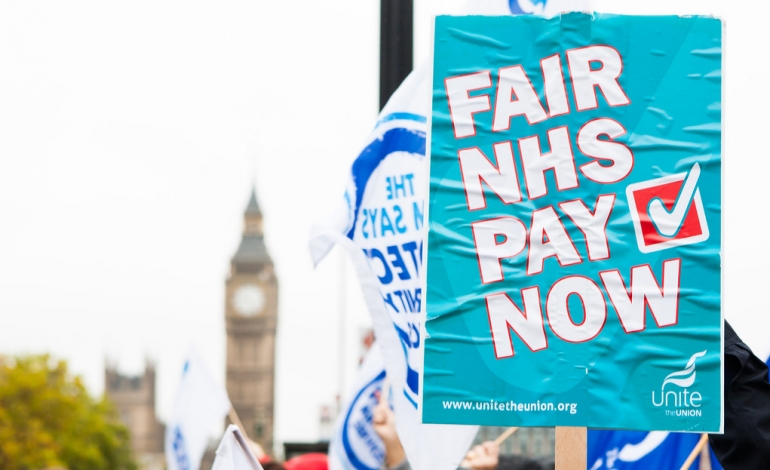 Public sector workers don’t have it easy in the UK. A recent report showed how teachers, nurses and police officers have seen their wages stagnate or fall in real terms. Tory cuts and pay caps in public sector pay have had a big impact. And the rise in inflation following the Brexit vote has made the situation worse.

Now, the BBC has created a tool which lets public sector workers (and the rest of us) see how our pay has been affected between 2011 and 2016, with adjustments made for inflation.

The public doesn’t seem to think this is fair. A poll carried out by the Trades Union Congress (TUC) shortly after the election showed that more than three quarters of voters wanted an end to public sector pay restrictions; even if it meant paying more in tax. This suggests most respondents appreciate the work that public sector workers do.

TUC General Secretary Frances O’Grady argues that the government has it completely wrong, saying: “public sector workers should be allowed to earn a modest pay rise”.

Cuts to pay affect people’s willingness to enter the education and health sector. Unless changes are made to these pay restrictions and cuts, staff shortages could remain a serious issue. Indeed, findings show that more nurses and midwives are leaving the profession than joining. The number departing has increased by 51% in just four years.

Research published last year underscored how rising inflation meant that UK salary increases were among the lowest in Europe. Subsequent data released this year reiterated this.

Economist David Blanchflower wrote a piece for The Guardian, claiming that “the main reason inflation is rising in the UK is because of Brexit”. He added:

Import prices have risen because of the fall in the value of the pound, which is down about 13% to the dollar from $1.49 on 23 June versus $1.30 today, hence inflation.

Prices are rising faster than wages, which is bad news for all of us, but especially frustrating for public sector workers who are simultaneously seeing their pay stagnating or decreasing. But this could soon change, as Theresa May and Philip Hammond are reportedly planning to end the public sector pay cap.

The Tories may be waking up to the fact that public sector workers provide absolutely essential services that deserve recognition and reward. Moreover, the economic value of these roles cannot be underestimated. Public opinion and widespread outrage about public sector pay cuts could well have changed the government’s tune on the matter.

– Check out more articles from The Canary on Brexit and austerity.