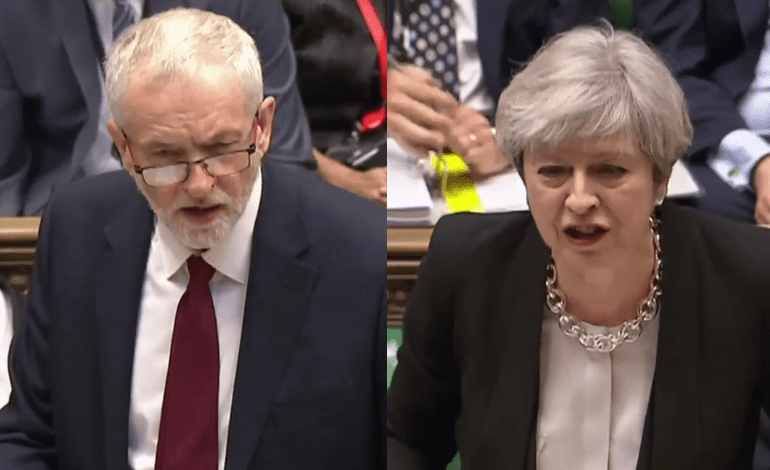 The Tories headed back to parliament on 5 September. But Jeremy Corbyn’s Labour Party made sure their return began very, very badly. Because it released some damning figures about the UK’s public finances. And the figures will put Theresa May in a sticky position as she confronts the looming public sector pay dispute.

According to Labour, the UK government has lost out on nearly £13bn over the last five years due to tax avoidance. The House of Commons Library carried out the analysis on the lost public revenue for the party.

But this figure doesn’t include international arrangements that enable large companies to avoid paying tax. So in reality, it could be much higher. Labour’s Chancellor John McDonnell recently put the UK’s tax gap – the difference between what tax is owed and what’s received – at £36bn a year.

Tax avoidance is a scourge on society that undermines public trust and deprives our public services of the funds they desperately need, but the Conservatives have consistently failed to tackle it.

The Tory Government is tinkering around the edges and trumpeting new gimmicks while creating new tax loopholes that allow the wealthy and super-rich to avoid paying their fair share.

These “new gimmicks” include increased scrutiny [paywall] of companies by HMRC. But accountancy group UHY Hacker Young claims that HMRC is largely targeting small- and medium-sized businesses. Mainly because, UHY says, the authorities consider them “an easier target than many larger businesses”.

A Treasury spokesperson, however, defended the government’s record, saying:

The UK has one of the lowest tax gaps in the world and we continue to take action to ensure everyone pays the tax they owe.

Since 2010, we have collected £160 billion for our public services that would have otherwise gone unpaid.

But despite the government’s gloating, there is a problem. That’s why it’s “tinkering around the edges” of tax policy. For example, it’s introducing the Criminal Finances Act 2017. This act will make companies liable for their employees’ tax evasion efforts.

And it’s a big problem for the government on a political level. Because people aren’t going to be happy about suffering through seven years of austerity when rich individuals and corporations have swanned off with £13bn, or more, of our money. Money that, of course, the Tories could put to very good use, such as paying public sector workers a decent wage.

Public sector pay is allegedly on the government’s agenda again. The Prime Minister’s spokesperson hinted at a renewed focus on the issue, saying that “we recognise the sacrifice they [people in the public and private sectors] are making”. The spokesperson concluded:

But there is a process in place and I can’t pre-empt the process.

In light of Labour’s findings, however, there’s only one justifiable outcome of that “process”. That’s for the government to invest in its people, through the wages and services it provides; and to do so by closing any loopholes that allow the wealthiest in society to avoid paying tax.

But with many Tory donors among the wealthiest in society, and most Tory politicians minted themselves, we probably shouldn’t hold our breath.