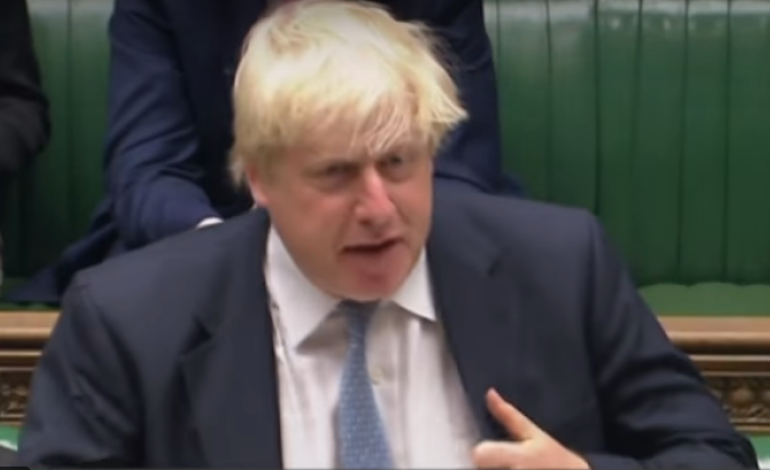 Johnson said he hoped Burmese state counsellor Aung San Suu Kyi could “stop the violence”, and that she:

is rightly regarded as one of the most inspiring figures of our age but the treatment of the Rohingya is alas besmirching the reputation of Burma.

She faces huge challenges in modernising her country. I hope she can now use all her remarkable qualities to unite her country, to stop the violence and to end the prejudice that afflicts both Muslims and other communities in Rakhine…

A campaign of genocide is happening now on the watch of Nobel Laureate Aung San Sue Kyi & this is @foreignoffice response? #Rohingya pic.twitter.com/QllJpQE4C4

When brutal regimes murder THEIR own citizens -how WE respond to such brutality defines our values and who we are @foreignoffice #Rohingya https://t.co/2iERkL2nnL

Warsi is referring to a brutal crackdown by Burmese state security forces against ethnic Rohingya Muslims.

The Rohingya people have a troubled experience within Burma. Living in the northern Rakhine state, they have been denied citizenship and are currently stateless. The UN has previously called them one of the most persecuted minorities in the world.

Campaigns of violence against the minority group have been ongoing since Burma’s independence from Britain in 1948. But the recent outbreak is notably horrifying. Reportedly responding to a militant attack on 25 August, the military – along with armed civilians – allegedly burned down villages, beheaded civilians (including children), and burned others alive.

My brother was killed—[Myanmar Army soldiers] burned him with the group. We found [my other family members] in the fields. They had marks on their bodies from bullets and some had cuts. My two nephews, their heads were off. One was six years old and the other was nine years old…

Amnesty International says Suu Kyi’s government is complicit in these crimes. While Suu Kyi is a Nobel laureate, she has been distancing herself from the plight of the Rohingya people. And her government has also denied visas to UN staff investigating human rights abuses against them.

While she claims she does not have any control over the military, some have noted she could do other things within her control, like speaking out. But some suggest that she’s refusing to do so in order to cling on to power by remaining in favour with the country’s Buddhist majority.

The UK government, meanwhile, continues to fund training for the Burmese military. Human rights group Burma Campaign UK says this must stop, and has launched a petition aimed at Boris Johnson.

The Foreign Secretary’s meek words so far are barely enough to condemn horrifying state violence and mass atrocities. The UK should not be standing side by side with a political regime that will tolerate these actions; and should not be providing funding to the very actors committing them.

Warsi is completely justified in shaming Johnson for his pathetic response.

– Join us if you appreciate the work we do.