One council sums up the problems with Universal Credit: 92% of tenants getting it are in rent arrears - Canary 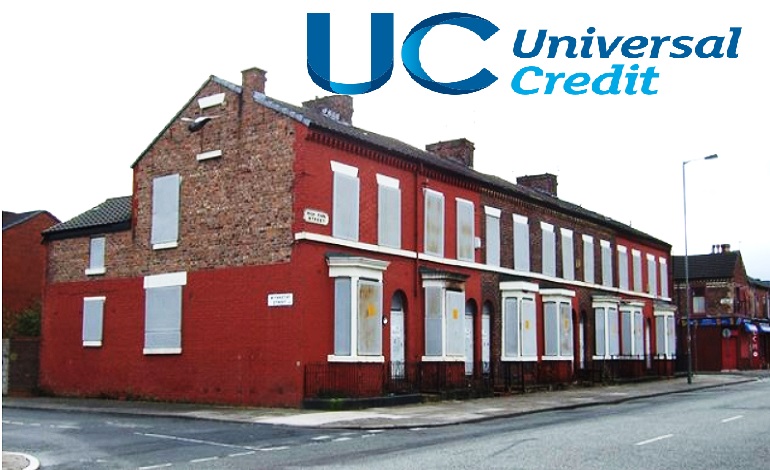 Figures released by one council sum up the problems with Universal Credit. This is because 92% of its tenants receiving the new benefit have fallen behind with their rent payments.

The Department for Work and Pensions rolled out Universal Credit in East Dunbartonshire in December 2015. Since then, as The Kirkintilloch Herald reports, the council has 264 housing tenants on Universal Credit. And of these, 92% have fallen into rent arrears.

Council leader Gordon Low told The Kirkintilloch Herald that, as of July this year:

92% are in arrears to a total of £234,858 – 26% of the total rent arrears. The council is also incurring significant additional administrative costs because of the added complexities and processes of the… system, with additional resources being deployed to [Universal Credit] functions at the risk of other services and performance.

Universal Credit has faced a barrage of criticism lately, with Labour calling for it to be halted, 25 Conservative MPs rebelling against their government, and both the Trussell Trust and Citizens Advice saying it needs to be paused. But the Secretary of State for Work and Pensions David Gauke has said that the Universal Credit rollout will continue regardless.

The situation in East Dunbartonshire has prompted more MPs and MSPs to join the calls for the government to stop the Universal Credit rollout.

The SNP’s Rona Mackay, MSP for Strathkelvin and Bearsden, said:

The accelerated roll-out of Universal Credit mustn’t be allowed to happen. People are sinking into poverty with having to wait six weeks for their first payment, forced to become indebted. The application can only be made online, which is a disaster for many disabled people, and on average claimants have had to call the helpline ten times. Universal credit is emblematic of the bitter and cruel treatment of people under this UK Tory Government.

SNP MP for Inverness Nairn Badenoch and Strathspey Drew Hendry has also written to Theresa May. He has invited her to visit his constituents who are struggling under Universal Credit. He says in his letter that:

There is a systematic lack of care shown to those most vulnerable in our society… [through] ill-thought out processes… Already, the Highland Council is holding over £1.6m of arrears accrued as a direct impact of Universal Credit.

On Wednesday 18 October, the Labour Party will lead a vote in the House of Commons to try and halt the rollout of Universal Credit. But for many people, not least those in East Dunbartonshire, much of the damage has already been done.