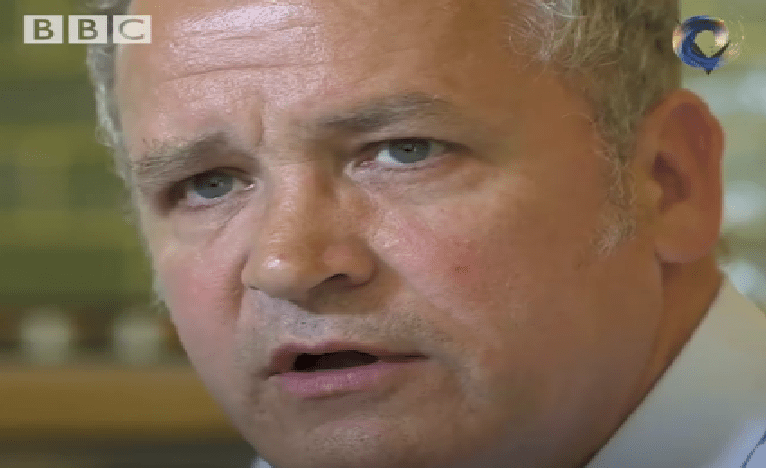 As a safeguard, Nev Cartwright secretly recorded his face-to-face benefit assessment. But the assessor “completely altered” his results, making him seem much fitter than he actually was. So it’s no wonder the Conservative government tried to hide the recording from a tribunal court.

Cartwright undertook the assessment to apply for a Personal Independence Payment (PIP), which would help with the costs of breathing difficulties caused by a tumour. He has had three operations and a lung removed.

But when Cartwright compared his recording with the assessor’s final report, he found major differences. He said:

Some details discussed in the interview were not in the report and others were completely altered. She said she’d done a physical examination of my mobility. It was very evident on the audio recording, that she never did that at all.

During the recorded interview, the assessor carries out a peak test to measure Cartwright’s lung function. The last reading was 150 L/m. But on the final report, that reading had doubled to 300 L/m, making Cartwright seem much healthier than he really was.

Using the doctored results from a private company, the Department of Work and Pensions (DWP) then stripped Cartwright of his support.

But Cartwright wasn’t having it. He appealed the verdict, meaning a judge would review the decision at a tribunal.

Even though Cartwright had recorded evidence, the appeal wasn’t straightforward. The Conservative government tried to have the recording thrown out. In fact, the government has banned secret recordings of benefit assessments. The only way a claimant can have an interview recorded is through providing equipment that can cost up to £1,500.

Effectively, this prices claimants out of having an accurate and transparent record of their assessment. If people are caught recording the interview through other means such as a mobile phone, they risk losing their vital support.

But this time, the judge made an exception. And with his recorded evidence, Cartwright finally won the case:

'They altered my disability assessment but I had secretly recorded it'bbc.in/2gI4URB

“The system this government introduced has killed my son”

As well as Cartwright, many families have suffered under the government’s disability assessments. As well as PIP assessments, the Work Capability Assessment (WCA) has been linked to significant suffering.

Research from the universities of Liverpool and Oxford found that the Conservative DWP’s fit-to-work tests for sick and disabled people have coincided with 590 “additional” suicides, 279,000 cases of mental illness, and 725,000 more prescriptions for antidepressants.

After being declared ‘fit for work’, Lawrence Bond suffered a fatal heart attack on the way home from the Jobcentre. The 56-year-old had longstanding health problems such as difficulty with mobility and breathing.

A stroke left Brian McArdle, 57, paralysed down one side, blind in one eye, unable to speak properly, and barely able to dress himself or eat. Still, he was deemed ‘fit for work’. The day after the government stopped his payments, McArdle died.

Colin Traynor, 29, also died after the DWP declared him ‘fit for work’ following an assessment by private company Atos. His father Ray said:

Yet between 2013 and 2016, the government paid private firms Atos and Capita £507m in taxpayer cash just for carrying out PIP assessments.

Indeed, Cartwright’s recording exposed a private company ‘completely altering’ his assessment, making him appear ready for work. Given that Jobcentres have used league tables for how many claimants they sanction, anyone would think the government is actively trying to take away people’s support.