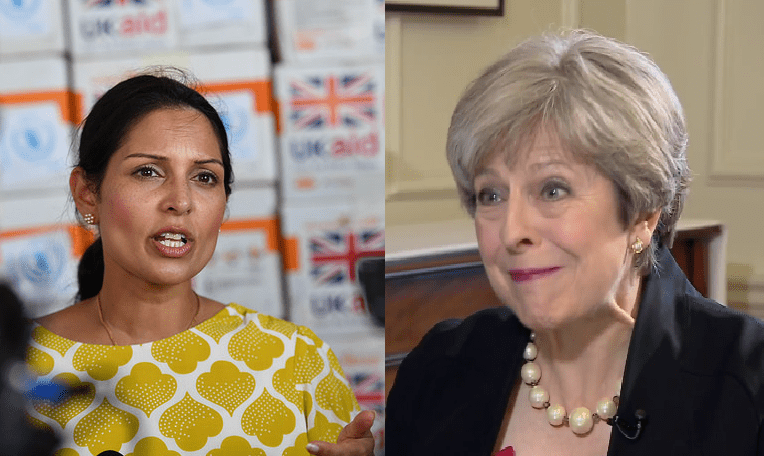 The Jewish Chronicle (JC) has accused Theresa May’s government of covering up the full extent of Development Secretary Priti Patel’s meetings with Israeli officials. No 10 however denies the claims.

On 6 November, Patel published a list of 12 undisclosed meetings she had with Israeli officials. But then two additional meetings she did not include emerged, leading to reports that May would sack Patel from the cabinet.

Now the JC alleges that No 10 instructed Patel not to include one of the meetings in her list. The JC claims May’s government told Patel to continue to hide her meeting with Israel foreign ministry official Yuval Rotem in New York on 18 September:

the JC understands, from two different sources, that Ms Patel did disclose the meeting with Mr Rotem but was told by Number 10 not to include it as it would embarrass the Foreign and Commonwealth Office.

The JC reports that, while the engagement was unauthorised, No 10 knew about Patel’s meeting with Israeli Prime Minister Benjamin Netanyahu “hours” after it happened.

These allegations conflict with what May’s government has been saying throughout the Patel scandal. Downing Street has insisted that the first time the Prime Minister heard about the meetings was Friday 4 November, not August when it happened.

May’s government specifically denied that the Prime Minister had any knowledge of the proposal to give the Israeli army British aid. But JC now alleges May knew about the idea and thought it was “sensible”.

The JC also suggests May discussed Patel’s meeting with Netanyahu before the UN General Assembly in early September.

Number 10 has strenuously denied the allegations made by the JC. Speaking to The Canary, a Downing Street spokesperson said:

It is not true that the Prime Minister knew about the International Development Secretary’s meeting with PM Netanyahu before Friday 3rd November. It is equally untrue to say that No 10 asked DfID to remove any meetings from the list they published this week.

Downing Street has suggested that the list was Priti’s and that she chose not to include the New York meeting because it wasn’t during her trip to Israel. Still, the clash between May and her cabinet members doesn’t look good for the Prime Minister.

– Write to your MP to express any concerns.

Featured image via UNSomalia and screenshot