If May thought Priti Patel was her only worry today, a Tory MP had some bad news for her - Canary 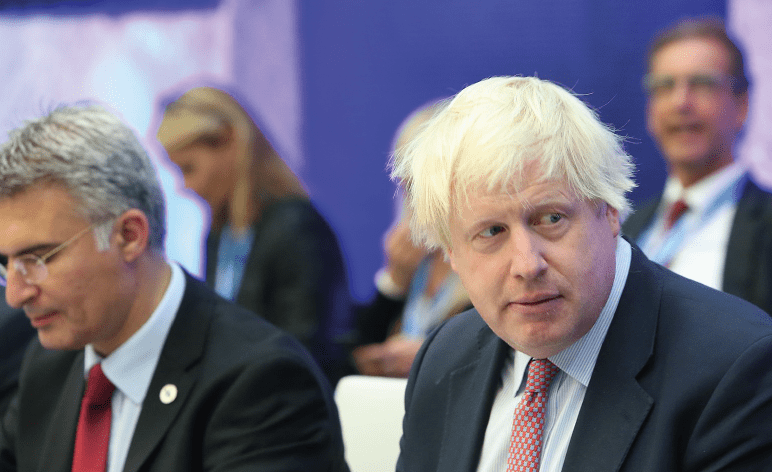 Attention is rightly on Priti Patel. We know that Patel had meetings with foreign officials that were not officially recorded, and there are also accusations – denied by Downing Street – that May knew about these meetings despite claiming otherwise.

Patel is not the only minister to have been involved in a scandal this week though. Boris Johnson, the Foreign Secretary, made comments which may possibly extend the prison sentence of a British woman in Iran. And if May thought the heat was going to die down on that incident, one Tory MP had other ideas.

Oh, I’d have sacked him over a month ago: that’s what I called for.

Barnett followed up by asking if Johnson’s latest incompetence meant he should definitely go. Soubry said (1:14:21):

Oh absolutely. Look – Boris Johnson – a man of undoubted intellectual capacity and much ability was given one of the greatest jobs in government, and he has proved himself to be lacking in the qualities that… are needed in a Foreign Secretary. He had the opportunity to prove that he was more than just an affable loose cannon, and he has seriously found to be wanting.

So I would have got rid of him ages ago… He should have gone after he wrote that piece for The Daily Telegraph… He should have been doing his job, and one of his jobs was to protect this woman who has been quite wrongly imprisoned.

Look, she needs a thorough reshuffle to assert her authority. She can achieve so much. Forget this division between Leave and Remain – that’s an old division. We’re leaving the European Union: the division now is between about 35 – mainly members of my party but not confined to my party – who want us to jump off this cliff edge – this hard Brexit.

She’s just got to grip it and assert her authority, have a top to bottom reshuffle… People are fed up with all of this, they want a government that delivers competence.

Barnett also asked if May has the strength to get rid of Johnson. Soubry answered (1:16:53):

Of course she has the ability and the strength to do it. She just needs to have the courage now. And frankly, she’s got nothing to lose. Because I think Boris’ standing… has been grossly diminished. You know a lot of people had a lot of faith in Boris. I was one of those people, and he’s blown it.

The problem for May is that she seems entirely unable to assert authority. And ironically, Soubry publicly saying that she should is only making the situation worse. Because MPs speaking out against their Prime Minister does not suggest strength and stability within the Conservative Party.

– You can also get political locally. Join a local party and engage in democracy.