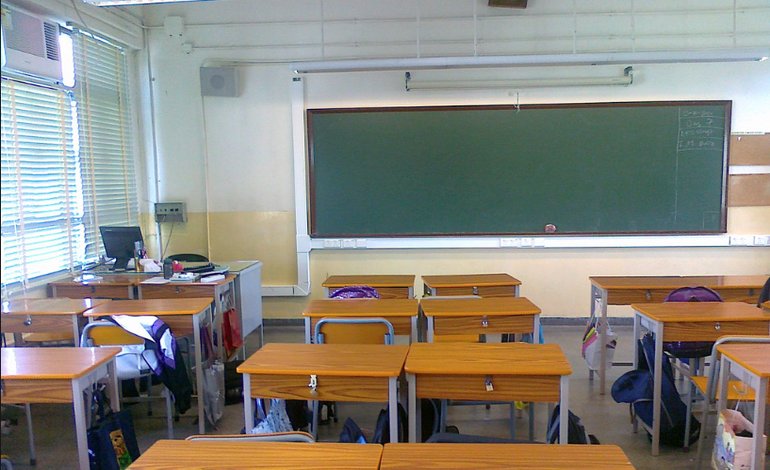 A Bristol primary school teacher died after setting himself on fire in Ashton Court, a popular country park. An inquest this week heard that work pressures had turned him into “a broken man, not knowing where to turn.”

54-year-old Andrew Jones died after setting himself on fire in Ashton Court on 31 August. This week, an inquest heard that Jones’ mental health deteriorated quickly after being placed under “observation” due to newly set targets. His wife of 25 years, Sue Jones, told the inquest:

He was a man who was always passionate about life. With his modest personality he never imposed his own beliefs on others.

He had the energy to inspire children academically and physically with his love of staying fit at school.

But as the new targets came in, she said she noticed sharp changes in her husband:

When he found out that he would be under review he felt hopeless. He started a period of sick leave from his job. His mental health spiralled. He was a broken man, not knowing where to turn.

After 25 years of knowing Andy as a man who embraced life, I was now seeing really significant personality changes.

Jones’ GP, Dr Katy Juttner, told the inquest that the teacher made an appointment to discuss stress in 2012 under similar conditions. Jones had been placed under observation due to targets, and his mental health had suffered. He returned to work earlier this year, but his mental health declined rapidly under the renewed pressure.

The inquest was also told via a statement from Jones’ friend Simon Cheeseman that “he broke down in tears in a meeting with senior staff and it was deemed evident he wasn’t in a fit state to teach”.

On Thursday 31 August, Linda and Patrick Casey were walking their dogs in the Ashton Court estate. Linda told The Bristol Post:

We just happened to be walking the dogs in that area when we spotted him.

We saw him just before, not far from where he did it. We walked on and then we heard him cry out and went to see what it was. Then we saw some smoke.

The couple contacted the fire service and local authorities, who were able to collect Jones’ body. Linda continued:

It was very quick.

My husband borrowed the man’s bicycle and cycled down to the gates to tell the fire brigade where we were.

I stayed and waited until they got there. It was so distressing because we couldn’t help at all.

We were in complete and utter shock. It was surreal, it was like it wasn’t happening.

Avon and Somerset Fire Service attended the scene and doused the flames. But Jones was declared dead at the scene.

A report from April this year found a growing crisis in teacher welfare. According to the report, excessive workloads and a lack of support were driving teachers “to the point of suicidal tendencies”. The survey of 4,908 teachers found that one in 10 reported taking antidepressants to manage workplace stress. And four out of five said that their job was having an adverse impact on their wellbeing.

I often think about self-harming or crashing the car so I don’t have to go to work.

I am leaving the profession. For the sake of my physical and mental health I have no alternative. I worry about my financial future but my health must come first.

The survey came shortly after a separate study revealed that nearly half of England’s teachers are considering quitting the profession to protect their mental health. As The Guardian reported:

An analysis of the 4,450 responses to the survey, carried out by the Guardian teacher network and Guardian jobs, finds many teachers across England are at crisis point. Almost all – 98% – say they are under increasing pressure and 82% describe their workload as ‘unmanageable’. More than three-quarters are working between 49 and 65 hours a week. Nearly three-quarters – 73% – say their workload is having a serious impact on their physical health and 75% on their mental health. Only 12% say they have good work-life balance and only a third feel their employers consider their wellbeing.

The results have been an exodus of teachers leaving the profession, and those who remain shouldering an ever-increasing burden. In 2014, a record 50,000 teachers quit the profession in a single year; the crisis is now unignorable.

Back at the inquest in Bristol, Assistant Coroner Myfanwy Buckeridge said:

This is a very tragic account of a man who was appreciated by not only his family but a large group of friends.

Work-related issues seemed to trigger a decline in his mental health.

He described not being able to imagine a life outside teaching.

It is clear that for too many teachers the job is taking an unacceptable toll on their health and wellbeing and that this is affecting all aspects of their personal and professional lives.

The government’s ideological austerity programme is only deepening this crisis; not only in schools, but in hospitals too. It’s time to change course.

Most people who are thinking of taking their own life have shown warning signs beforehand. These can include becoming depressed, showing sudden changes in behaviour, talking about wanting to die and feelings of hopelessness.

These feelings do improve and can be treated. If you are concerned about someone, or need help yourself, please contact the Samaritans on 116 123.