The government just admitted to thousands more deaths on its watch. But please just talk about the budget [IMAGES] - Canary 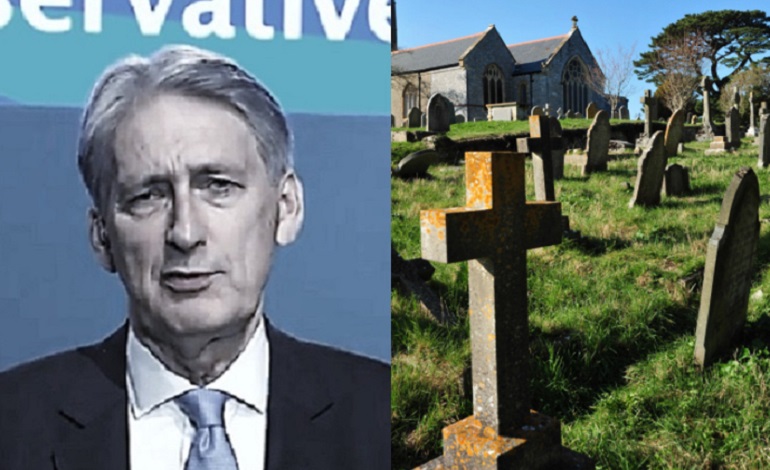 While all eyes were on the budget, the government quietly announced the excess death statistics. And one campaign group essentially puts the blame for these deaths, in part, at the government’s door.

The Office for National Statistics (ONS) has released its ‘excess winter deaths’ statistics, which many link to fuel poverty. It showed that an estimated 34,300 more people died in the winter of 2016/17 than in other months; a 39.5% increase on 2015/16 figures.

The term ‘fuel poverty‘ means a household’s energy costs are above the national median average. And if a household spent this amount, it would leave them officially in poverty by the recognised standard.

While the ONS doesn’t pin the blame for the rising deaths on fuel poverty, it is clear that excess deaths are steadily rising for the first time since the 1950s. It said:

The steady decline in EWDs [Excess Winder Deaths] since the 1950 to 1951 winter period has levelled off in recent years, with the most recent estimates more consistent with a slight five-year average rise since 2012 to 2013.

The ONS said that respiratory diseases like flu and pneumonia caused most deaths: 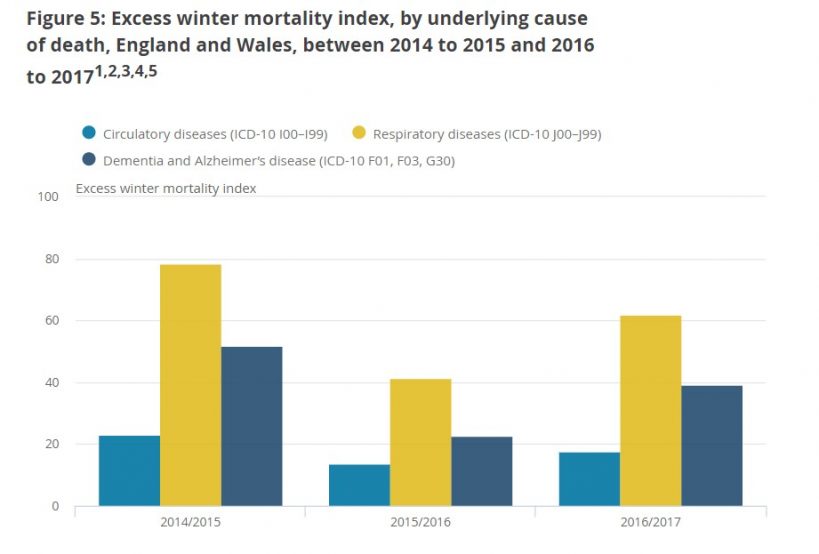 Deaths peaked at 1,830 a day in January when the average temperature was coldest: 3.9c [xls, figure 6]. The highest number of deaths were seen in the over-85s and females: 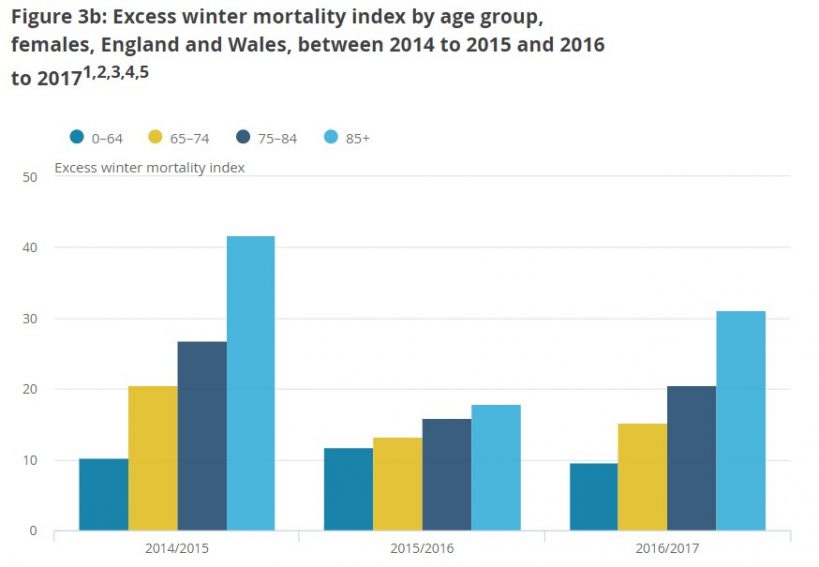 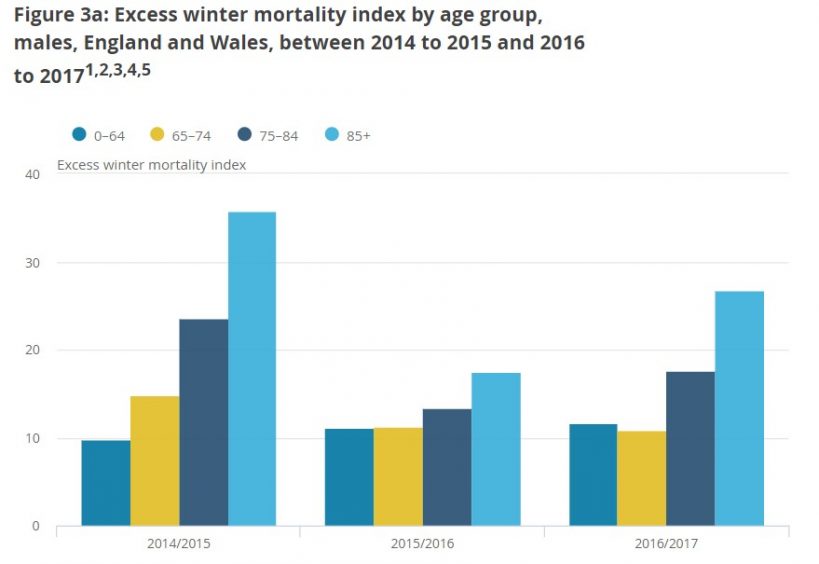 The government regulator, Ofgem, has proposed a “Vulnerable Customer Safeguard Tariff”. This would see a cap on prices for some people who are eligible for the Warm Home Discount. It is currently at the consultation stage. But the campaign group Fuel Poverty Action says this won’t go far enough. In a letter delivered to Ofgem on 21 November, it said [pdf] the cap was “discriminatory” and “very limited”. It continued:

This will lead to deaths, ill health, and misery, notably for people who are disabled or have long term illnesses, and for young children and their parents…. While pensioners on low income will be covered automatically, disabled people, young children… will instead continue to pay extortionate sums to their energy suppliers.

It is not enough to simply tackle fuel poverty as a stand alone issue. The government must tackle the causes of fuel poverty… Without real government effort to reform our broken energy market and insulate homes as an infrastructure priority, families up and down Britain will continue to suffer.

Fuel poverty is an ever-increasing stain on the UK. When you have poverty-stricken households having the added burden of deciding whether to ‘eat or heat’, then something is seriously wrong with energy supply in the UK. And when studies suggest thousands of people die every year because they can’t afford the most basic of human rights, it’s a national scandal.

– Read more from The Canary on Energy.