Tax Justice UK wants you to know exactly who the latest budget benefits. Hint: it's not us. - The Canary 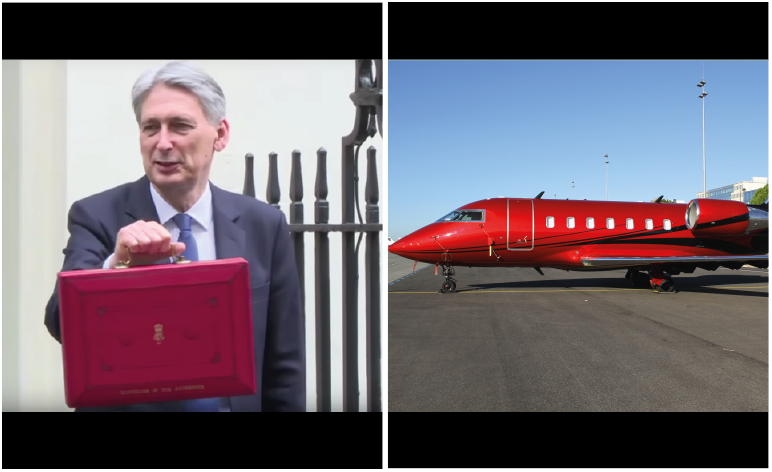 The latest Conservative budget has been much criticised for both its content and delivery. One area in which it disappointed is clamping down on tax cheats. Especially as we are so close to the latest revelations about unscrupulous tax practices released by the Paradise Papers.

One group has spoken up, though. And its message needs amplifying.

Philip Hammond could have taken decisive action in today’s Budget to increase the amount of government funding available to support increasingly over-stretched public services, but he chose not to…

It pointed out that government inactivity will actually see the UK losing out on serious money:

Recent research by the economist Gabriel Zucman suggests that corporate tax avoidance via tax havens costs the UK about £11 billion per year, and that individuals hiding their wealth offshore deprive the exchequer of another £5 billion every year. Yet the most that the Chancellor was able to commit to in today’s budget was to raise an extra £4.8 billion by 2022/23 – less than £1 billion per year…

The release also explained how spending money on investigating tax avoidance is a smart investment:

The Chancellor missed opportunities to implement measures to crack down on tax avoidance, in the wake of the Paradise Papers, that would raise many more billions of pounds every year to support our public services. 208,000 people signed a Tax Justice UK / 38 Degrees petition this month, calling on the PM and the Chancellor to take action in a range of areas, including investing in HMRC enforcement, abolishing non-doms and increasing transparency in the UK’s overseas territories and for multinational companies. And yet increasing HMRC’s budget to crack down on tax avoidance by large companies would yield £97 for every £1 extra spent, according to its own figures.

And it highlighted how our current system may benefit tax avoiders, but it hurts public services:

At the same time, the government continues to lower business taxes in a misguided attempt to ‘compete’ with other countries to attract investment. Contrary to the Chancellor’s claim today that recent reductions in corporation tax rates have raised an extra £20 billion for public services, the Institute for Fiscal Studies estimates that these rate cuts have cost the UK around £16.5 billion pounds every year.

Today’s Budget saw the Chancellor waste a great opportunity to capitalise on public anger in the wake of the Paradise Papers revelations. Public services are in desperate need of more funding, and yet the government has today chosen to ignore some obvious ways to increase the amount of money that it has available to spend on them. Cracking down on tax dodging by wealthy individuals and companies in a meaningful way could generate many billions of pounds in additional revenue every year.

If there was any hope that our current Conservative government would change things after the Paradise Papers, that hope has been well and truly extinguished. But that doesn’t mean we should let them get away with it.