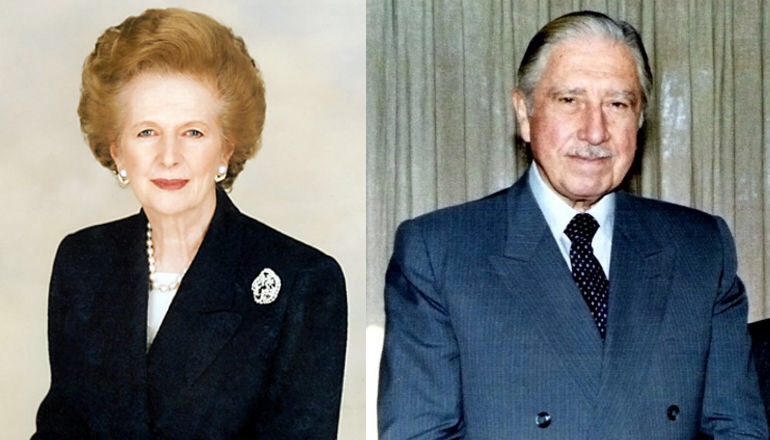 The spectre of Margaret Thatcher’s pet dictator Augusto Pinochet is still looming over Chile. And we saw that clearly in the country’s latest election.

A billionaire vying for power

On Sunday 19 November, Chileans took to the polling booths to vote for their presidential candidate. The media, markets and polls were all confident that billionaire Sebastian Piñera would comfortably cruise to victory with an outright majority. But this did not happen. While Piñera’s firmly right-wing and conservative ‘Chile Vamos’ gained 36% of the votes, it’s not the 40% needed to win Chilean elections. He must now face newscaster Alejandro Guillier, the candidate for outgoing President Bachelet’s ‘New Majority’ coalition who gained a 23% share of the votes, in a second round in December.

Beatriz Sanchez, a former journalist who represented the left-wing ‘Frente Amplio’ (or Broad Front), won 20% of the votes, adding some much needed excitement to an otherwise predictable election. The grouping now has 20 seats in the Chamber of Deputies; a big gain in a political scene still dominated by the hawks of the Pinochet regime (1973-90).

Still in the shadow of the dictator

But while the election threw up some surprise results, over 56% [Spanish] of eligible voters did not take part.

Their abstention may point to a lack of trust in the political class. Chile’s democracy is a fragile one built on foundations lain by the architects of the brutal 1973 coup d’état. The country remained under the control of General Pinochet, a close friend and ally of Margaret Thatcher, from 1973 until 1988 (when he held a referendum, and lost). He finally stepped aside in 1990. But he refused to release his grip on the country, remaining commander in chief of the army and then ‘senator for life’ from 1998 to 2004.

The dictatorship killed at least 3,095 people, and jailed or tortured tens of thousands more.

Since 1990, Chile’s road to democracy has been slow. The country is still bound by the prohibitive constitution enacted by the dictator in 1980. Abortion is illegal bar extreme cases. The terrorism law enacted in 1984 to quash political dissent is routinely used against the Mapuche population to criminalise their plight for equal rights. And elderly Chileans live on around £150 monthly thanks to the highly unpopular pension system imposed during the regime.

Most disappointing, however, has been the apparent lack of will from the various governments since democracy began in 1990 to effect significant social changes or truly address inequalities stemming from decades of neoliberal policy.

If Bachelet’s ‘New Majority’ government has done little to address basic rights and income inequality in one of Latin America’s richest yet most unequal societies, there’s little hope that the ultra-conservative Piñera will.

The consensus among many Chileans is that, despite the election result, political parties will still operate within the framework of Pinochet’s system; and that, while this exists, voting will achieve little.

What the Frente Amplio, Chile’s electoral newcomer, promises is to breathe life into a political system still dominated by the old regime. But Chileans remain largely sceptical, fatigued with hollow promises and rising inequality. Until they believe that the system can truly change, voting turnouts will likely remain low; and the old faces that reaped the benefits of Chile’s dark past will remain in power.