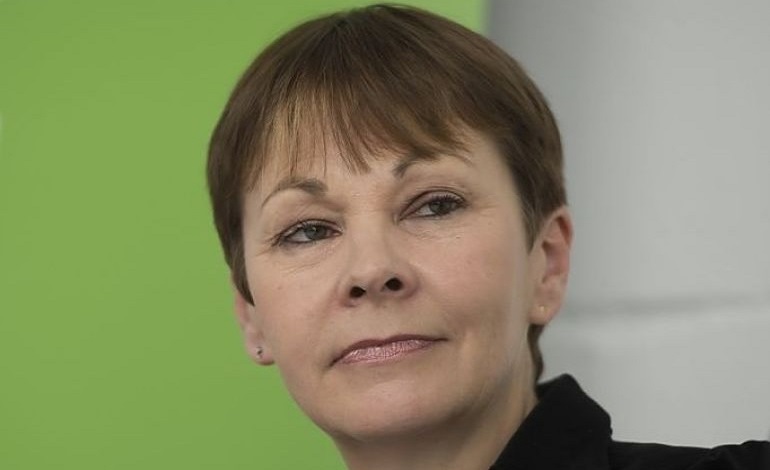 Green Party MP Caroline Lucas appears to have humiliated the government into a U-turn on animal sentience. And it wasn’t Lucas’s actions alone that lit the way for the government’s change of direction. Because hundreds of thousands of people took a stand too.

313 MPs voted to exclude animal sentience – the notion that animals have feelings – from the EU Withdrawal Bill on 15 November. Lucas proposed the amendment to include animal sentience in the bill. Every single Conservative and DUP MP present at the vote rejected inclusion of the term. All MPs there from the Labour, Lib Dem, Green, and SNP parties voted to include it.

But Environment Secretary Michael Gove has now released a statement on the matter. He claims that the UK will continue to recognise animal sentience. He also says that the government is currently “considering the right legislative vehicle” through which to do this.

Gove argues that Lucas’s amendment was “faulty” and that the EU Withdrawal Bill was not the “right place to address” the issue. As Lucas pointed out, however, this bill seemed the perfect place to address animal sentience. Because it’s included in the EU’s Lisbon Treaty. And through the amendment, MPs could have just transfered that into UK law:

Amazing to see so many animal lovers taking action in support of my animal sentience amendment. 🐥🐓🦆🐎🐖

This @michaelgove statement is silly. If the EU Withdrawal Bill isn't the right place to transfer EU law into UK law, then what is? https://t.co/7bHiDSLtZh

Gove’s argument also essentially contradicts his own government’s position. One of the reasons the government gave for rejecting the notion of animal sentience was that the Animal Welfare Act supposedly already covers it. The RSPCA, Lucas and others disputed this. Now, Gove appears to dispute it too. Because surely he wouldn’t have to consider what might be the “the right legislative vehicle” if the Animal Welfare Act already explicitly included it.

Feeling the backlash, some MPs turned to social media to defend their actions. Like Gove, they argued that voting to reject the notion that animals have feelings didn’t mean that they reject the notion that animals have feelings. And some pointed to barbaric practices like bull fighting and the extreme torture of ducks and geese to produce foie gras as evidence that EU rules are weak.

It is true that, even with the EU rules on sentience, our treatment of animals often falls way below the mark. But using this as an argument to justify voting against recognising animal sentience is beyond cynical. Thankfully, though, Lucas and the general public appear to have forced the government into a partial U-turn on the issue.

Now, we have to be vigilant about making sure it fulfils this commitment. Because given its behaviour so far, that’s definitely not guaranteed.

– Find out what else you can do with the RSPCA.