The BBC aired a clip to 500,000 viewers saying it was Corbyn’s reaction to the budget. It wasn’t. [VIDEO] - Canary 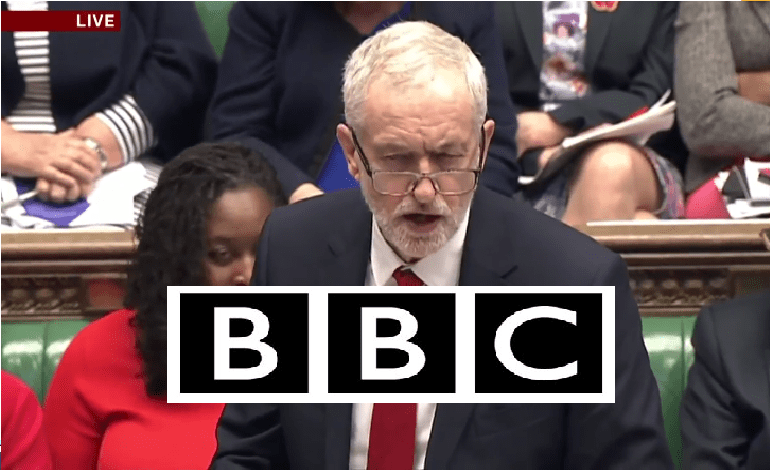 On 22 November, BBC Newsnight aired footage to around 500,000 viewers purporting to be Jeremy Corbyn’s response to the budget. But the reality was quite different:

We made a mistake in our piece last night. We wrongly used a clip of Jeremy Corbyn responding to this year’s Spring Budget. Here’s the clip from yesterday that should have appeared: pic.twitter.com/txe5uq83Ab

It wasn’t until the next afternoon that BBC Newnight admitted broadcasting the wrong clip of Corbyn through social media. Few people will have seen the correction in comparison to the audience of Newsnight, which is 500,000 strong on average. The public broadcasting service has also retracted the episode from BBC iPlayer.

Newsnight has acknowledged this mistake and tweeted out the correct clip. We will also be updating the edition of the programme available on iPlayer.

This isn’t the first time the BBC has faced questions over its coverage of Corbyn’s Labour. In an election report on 16 May 2017, the BBC exaggerated the impact of Labour’s tax plans on some earners by 971%. An image broadcast on the BBC stated a person earning £123,000 would experience a “loss” of £23,000 per year under Labour’s manifesto. In reality, a high earner on £123,000 would contribute just £2,147 more annually to our public services. So as The Canary previously reported, the image greatly exaggerated Labour’s tax increase for high earners:

Again, the BBC‘s economics editor only explained the mistake on his personal twitter feed. The huge audience watching the original broadcast were none the wiser.

The BBC broadcasting the wrong clip of Corbyn in this instance may well be a mistake. But a number of academic studies show strong media bias against genuine progressive politics:

Numerous studies reflect the BBC‘s general coverage of Corbyn. So many viewers will be unforgiving. Especially as the broadcaster is only prepared to acknowledge the mistake to people on Twitter.