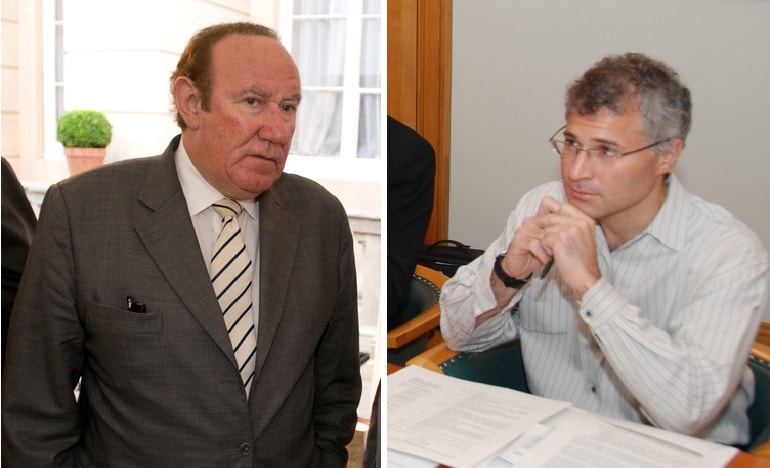 The battle of words

It all began with a tweet from Stephanie Flanders, head of Bloomberg Economics. Flanders was calling out the UK government for overseeing the worst economic growth forecasts in the Office for Budget Responsibility (OBR)’s history:

Qte an achievement for small open economy like UK to be slashing growth forecasts when global economy enjoying most synchronised recovery since 2007 and our biggest trading partner is seeing best growth in a decade.

Define small, given UK 5/6th largest economy in world. What does that make 7th downwards? https://t.co/FVNPnUDXh0

Then Portes, economics professor at King’s College London, pointed out the definition:

If @afneil knew any economics (or indeed could use wikipedia) then he'd know @MyStephanomics was using – correctly and appropriately – the standard definition of "small open economy". https://t.co/FA2ITsKAYx https://t.co/2zhgVCkeqL

But Neil branded the phrase “pointless” and “absurd”:

On this somewhat absurd definition only America is not a small open economy. If you knew anything about common sense, you’d know that is a pointless definition. https://t.co/dQgFUtgVzW

To which Portes responded:

Pointing to "common sense" when your ignorance of the specific topic under discussion is exposed isn't a good look, Andrew. And no, it's not pointless – has a very specific & relevant meaning, which is why @MyStephanomics used it. @afneil https://t.co/0L8BPPT2Z7

Neil didn’t react well to that, taking aim at the professor’s credentials:

Your pathetic and pointless nitpicking is an even worse look. It’s especially not a good look to accuse anybody who has the temerity to disagree with you as ignorant. You don’t really have the credentials to be that superior. https://t.co/ao7vt0YIki

I understand you're embarrassed, but it's not a matter of opinion or my credentials of otherwise. It's simply pointing out that you displayed your ignorance of a very basic definition that anybody who knows any economics is familar with. https://t.co/igM5GvyIMp

The lack of economic knowledge in the media

The lack of economic knowledge in the media has long facilitated the Conservatives’ austerity agenda. On the BBC, Neil has hammered the message home that government spending will always increase public debt. But it’s not just Neil who thinks this way. On 19 November, the BBC’s Andrew Marr framed an interview with Shadow Chancellor John McDonnell with the idea that investment will increase public debt. Marr suggested that we can’t invest in schools and the NHS because:

The trouble is, as I said at the beginning, we are up to our eyes in debt.

The thing is, the Conservatives have been cutting public spending since they came to power in 2010. Still, public debt has increased by over £800bn since then. By contrast, progressive Scandinavian governments – Sweden, Denmark and Norway – were running budget surpluses before the 2009 crash. That’s not after relentless budget cuts, but on the back of a robust public sector and welfare system. Calculated public investment can facilitate economic activity and bring greater returns in the long term.

Portes says Neil has a blind spot when it comes to economics. This is not an isolated problem, but indicative of an absence of macroeconomic thought in the wider media. We need to speak up where they’ve failed.

Correction: This article was updated at 3.40pm on 24 November to make clear that UK public debt has increased by over £800bn since 2010. It previously incorrectly stated that the figure was over £800m.