Hammond didn't tell you everything in his budget speech. He left it to his colleague to break the really bad news - Canary 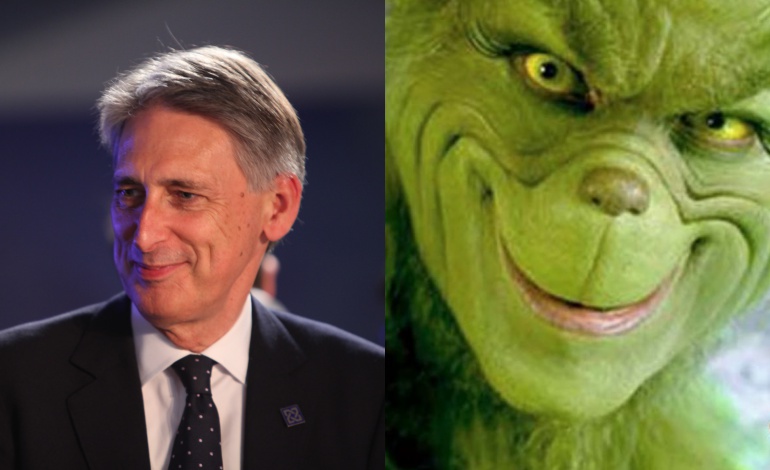 It seemed that Philip Hammond had listened to criticism over the rollout of Universal Credit. In the autumn budget, he promised to drop the initial seven-day waiting period so claimants could receive income faster. But David Gauke, Secretary of State for Work and Pensions, has since shown that Universal Credit will still cause misery for thousands. And it means too many will be left with too little over Christmas.

Too little too late

Gauke explained the ‘small print’ detail about the changes in a speech to parliament the day after the budget:

And not a single change announced by Hammond in the budget will help those who have already claimed, or need to in the next few weeks. This is because:

As a result, many pushed onto Universal Credit will face hardship at Christmas. And yet Hammond failed to mention any of this detail in his budget speech.

As previously reported by The Canary, Universal Credit is flawed. Labour claims that it will lead to a million more children facing poverty. In response to Hammond’s budget, Shadow Chancellor John McDonnell said it is “is causing real suffering” and that Hammond’s changes only offered “further debt”.

Gauke’s announcement has been criticised further. And it is widely expected that families will be some of the hardest his by Universal Credit. Alison Garnham from the Child Poverty Action Group said:

This should have been the budget that ushered in much needed structural reform of Universal Credit to revive the central promise to strengthen the rewards from work and that didn’t happen.

No wonder Hammond avoided revealing these details in his speech. There are real worries that too many people will be pushed further into poverty. And for thousands this will be a very bleak Christmas. This government needs to be called to account for the continued suffering they cause.

– Join The Canary, so we can keep holding the powerful to account