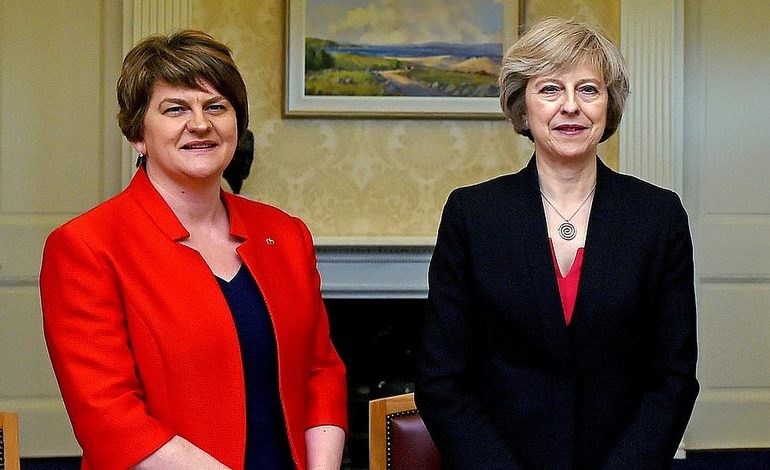 Jeremy Corbyn put forward a motion for the UK to keep the EU Charter of Fundamental Rights after Brexit. But MPs voted against it and the government avoided defeat by just 10 votes. And as Jack Maidment at The Telegraph points out, all 10 Democratic Unionist Party (DUP) MPs were among those who voted against the motion.

Theresa May’s deal with the DUP enabled her to form a minority government, propped up in parliament by 10 DUP MPs. It was considered highly controversial due to the views held by party members. The DUP has links with terrorists, its leader supports Northern Ireland’s total ban on abortion, and some of its members have strongly opposed homosexuality and gay marriage, as well as denying climate change and evolution.

Concerns that their influence would sway policy in the wrong direction now seem justified. As previously reported at The Canary, every single DUP MP also voted to exclude the term ‘animal sentience’ from UK law post-Brexit, suggesting its members don’t care about the interests of animals. This vote on the Charter of Fundamental Rights suggests that they don’t take our interests very seriously either.

The charter is a single document that contains the fundamental rights guaranteed by the EU. It exists to clarify the rights of EU citizens, as well as to update them.

After appeasing its backbenchers and securing the DWP vote, the government was able to vote down the motion to keep the charter with a slim majority. But many are worried. Organisations have warned that failing to reflect this charter in UK law could, as The Independent puts it, threaten:

individual rights to privacy, equality, freedom of expression, fair working conditions, a fair trial, access to a lawyer and the protection of personal data.

The vast majority of people do not want to see a Brexit that undermines our freedoms, equality and privacy.

does not give them [ministers] any mandate to water down the rights of the British people.

How can the government be trusted?

Given the government’s track record when it comes to human rights, we should be wary of how it will reflect the charter in UK law, if at all. As previously reported at The Canary, the UN said the Conservatives were guilty of “grave” and “systematic” violations of the human rights of disabled people. In addition, the government has consistently violated our right to privacy.

The government says it will pay close attention to how rights are transferred from EU to UK law post-Brexit. But if we care about our fundamental rights, then we should be paying even closer attention.

– Check out more articles from The Canary on the DUP.