The UKIP candidate who said a gay donkey molested his horse is launching a new party. Here's its logo. [IMAGE] - Canary 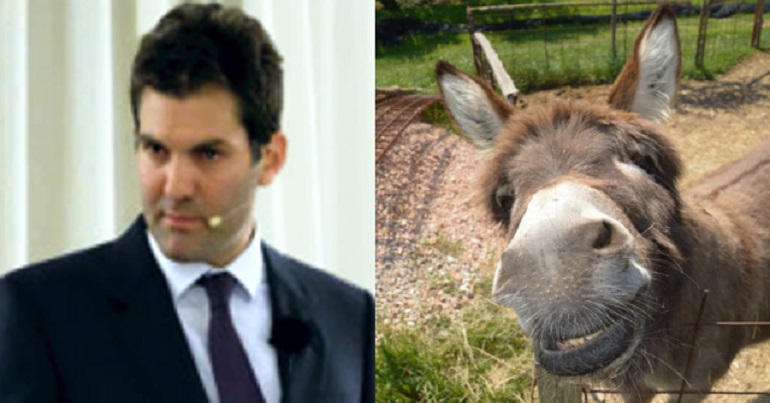 The former UKIP leadership hopeful who accused a “homosexual donkey” of trying to “rape” his prize “stallion” is launching a new political party. But he may have made an error of judgement when choosing its logo…

The only gay (donkey) in the village?

John Rees-Evans (is there something about double-barrelled names beginning with ‘Rees’?) made the scandalous comments about a donkey in 2014. In a story with echoes of BBC Two comedy The League Of Gentlemen, Rees-Evans made the bizarre allegations while opening a local UKIP shop (presumably for ‘local people’) in Merthyr Tydfil. After protesters confronted him with comments from another UKIP member, who said that some gay men prefer sex with animals, Rees-Evans reportedly said:

Actually I’ve witnessed that. I was personally quite amazed. I’ve got a horse, it was in the fields, and a donkey came up – my horse is a stallion. A donkey came up which is male, and I’m afraid tried to rape my horse.

After Rees-Evans ‘slapped‘ his stallion (he didn’t mention where), the donkey backed off. He has since apologised, although no comment has ever been made by the donkey in question.

Do not adjust your screens:

Since then, he stood for UKIP leader in 2016. But now, on 9 February, he’s launching the Democrats and Veterans Party. And in a bizarre twist, or a sign that Rees-Evans actually has a sense of humour, this is the party’s logo – as spotted by eagle-eyed BuzzFeed News Political Editor Jim Waterson: 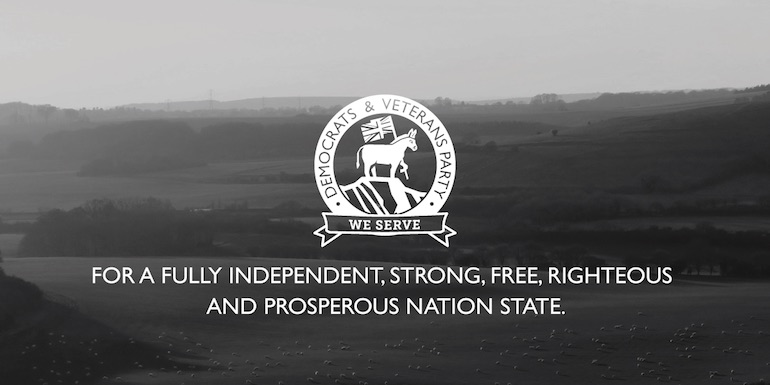 It is unclear whether the gay donkey Rees-Evans encountered did the modelling for the image.

As The Military Times reported, the Democrats and Veterans Party claims it will be:

Bringing together men and women from all walks of life who are bonded by their shared values, positive attitudes, and sense of service… The Party will reassert the nation’s Constitution and Common Law; protect and strengthen the rights of the individual; and defend the principles of freedom of speech and liberty of conscience, without compromise.

The party has not yet disclosed whether the “rights of the individual” extend to members of the LGBTQ+ donkey community.

Featured image via John Rees-Evans/Wikimedia and pxhere, and additional image via Facebook