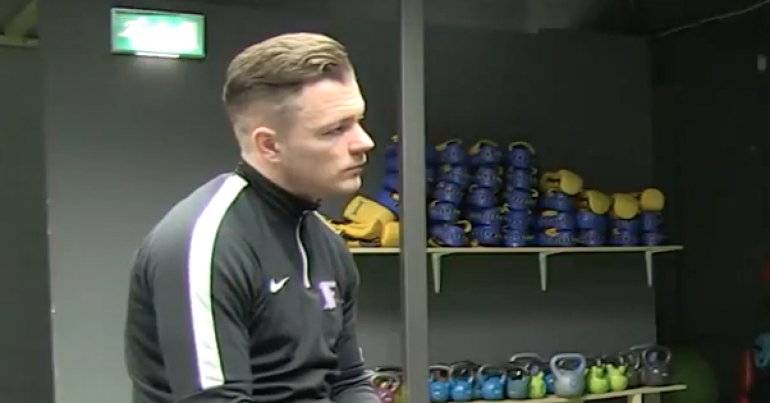 For some people, the most difficult thing about their mental health problem is the stigma they feel. This includes the stereotyping, myths and judgements about their condition, as well as their felt shame, embarrassment and guilt. But mental health stigma can be even nastier than this, as Scottish footballer David Cox has experienced. Players have mocked him over his struggles with depression. And their comments are truly disgusting.

Cox, who plays for Cowdenbeath – a Scottish League Two team – revealed that players on opposing teams have called him a “psycho” and made comments about him slitting his wrists. Cox had previously opened up about self-harming and attempting suicide. And it’s not just players hurling the abuse. He also said:

I had fans shouting on the pitch to me shortly after I did my story, ‘go and hang yourself and do it right this time’.

Why it’s hard to open up

It’s no wonder people are cagey when talking about their mental health. Even if you never had people making these sickening comments about you, just imagining that other people think this way would make you reluctant to speak up. Mental health stigma can force us into silence. Many men, for example, feel pressured to bottle up their emotions. And this can make the problem worse, and even prove fatal.

If we’re afraid to be honest for fear of judgement – or, worse yet, abuse – we end up suffering more.

What Cox has gone through should serve as a reminder that we don’t just need to speak up, but also to call out these harmful attitudes. Cox said:

It’s just as bad as being racist for me. If you were racist on the pitch, if a fan was racist at football games, you’d get done for it.

Standing up to racism means calling it out whenever it’s taking place. And the same should apply to mental health stigma.

The problem of ignorance

Ignorance plays a huge role in fuelling mental health stigma. Someone who knows what it is to go through a severe depressive episode knows how devastating and hopeless it is. And we can only beat the stigma by articulating as best we can what these painful experiences are like and challenging misconceptions.

It’s brave to take the risk of being judged by speaking up. But there are times when it’s absolutely necessary – both for recovery and in terms of changing people’s attitudes.

– Most people who are thinking of taking their own life have shown warning signs beforehand. These can include becoming depressed, showing sudden changes in behaviour, talking about wanting to die and feelings of hopelessness.

These feelings do improve and can be treated. If you are concerned about someone, or need help yourself, please contact the Samaritans on 116 123 or email [email protected].