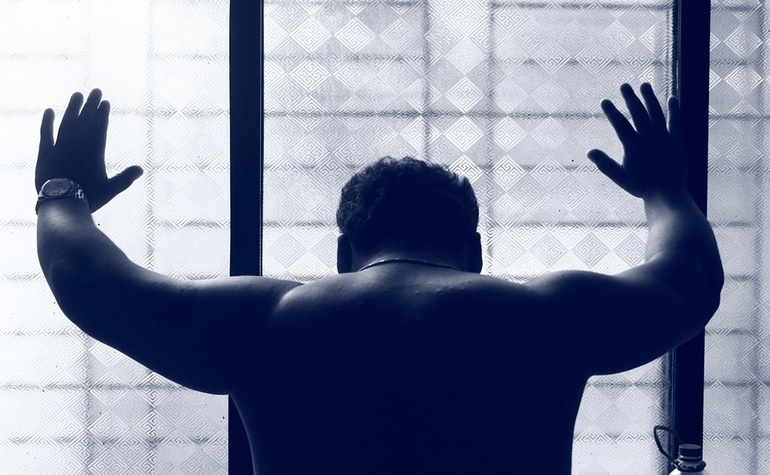 Bottling up emotions. Finding it hard to cry. Feeling ashamed about being depressed. Or embarrassed at the idea of reaching out for help. These are issues for many men. And the mental health effects of these attitudes need addressing. Male suicide is a growing crisis.

Every two hours, a man commits suicide in the UK. It’s the number one killer of men under the age of 45. Yes, a man under 45 is more likely to die by suicide than from any kind of disease, accident or at the hands of someone else. Some commentators have said that nobody knows why the male suicide rate is so high. But a new study tells us it may have to do with the masculine ideal of self-reliance.

This study of 14,000 Australian men found that those who strongly identified with being self-reliant were significantly more likely to report suicidal thoughts.

Self-reliance is one of 11 masculine norms. Others include: a desire to win, risk-taking, dominance and pursuit of status.

As The Canary previously reported, the self-reliance norm may explain why so many men suffering from depression don’t seek mental health treatment. And not seeking treatment for depression sheds light on why so many men are taking their own lives. (Depression is the most common psychiatric disorder in people who die by suicide.)

Lead researcher Jane Pirkis highlights that it has everything to do with culture. She said:

Notions of masculinity aren’t just dreamed up by individuals, they are imposed by society from childhood in quite subtle ways. So if a sense of needing to be self-reliant is an issue for some men, and some women also, we as a society need to think about how we are bringing up our boys and girls. Even today boys are told not to cry and young men are told to toughen up.

Authors found no significant correlation between suicidal thinking and 10 of the male norms. There was only a notable connection between suicide risk and men who strongly believed in the importance of self-reliance. These men had a 34% greater chance of reporting thoughts about suicide or self-harm. This held true even after controlling for other suicide risk factors, such as depression, stress, alcohol use and not having a partner.

Published in Social Psychiatry and Psychiatric Epidemiology, this study used data from the largest longitudinal study of the health of men and boys in the world. Pirkis says that:

the large size of the cohort puts this study at the forefront of research linking a particular element of traditional masculinity – self-reliance – to suicide risk.

Researchers asked men how strongly they agreed with statements such as: “I never ask for help” and: “It bothers me when I have to ask for help”.

Pirkis stresses that self-reliance can of course be a positive thing for many men. But we also can’t ignore the grave risk associated with it either.

Some men are more affected than others

It seems that masculine norms may be affecting some men more than others. Recent findings show that the suicide risk in the UK is greatest for low skilled male workers. Construction workers kill themselves at a rate three times higher than the male average.

So it could be that some professions tend to reinforce self-reliance as a norm more than others. Ruth Sutherland, chief executive of Samaritans, said:

The more we know, the more we can target resources and support to those most at risk.

It’s easy to forget the immense power that language has. When boys and men are told to ‘man up‘ it transmits the cultural narrative about what it means to be a man. As we can see from this new study, being expected to ‘toughen up’ is a deeply harmful attitude. Culture can’t be changed in one fell swoop. But it begins at home, at work, with friends, and in social situations. Ultimately, though, it begins with being good to yourself and recognising when you need a helping hand.