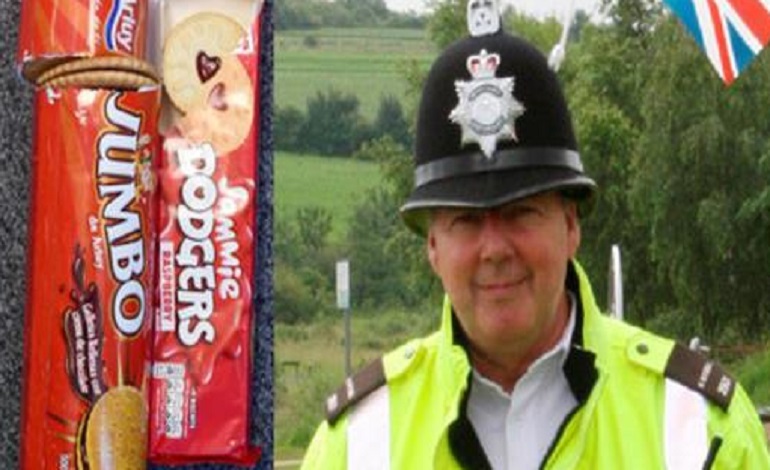 A police force launched disciplinary proceedings against an officer in an attempt to sack him. His alleged offence? Paying for a homeless man’s packet of biscuits.

Derbyshire Police brought the action against PC Martin Rothwell after he gave £2 to a homeless man caught shoplifting. The unidentified man had taken a packet of biscuits from Chesterfield Poundland. The shop called the police, but Rothwell decided to pay for the biscuits instead of arresting the man. He spoke to him outside, and directed him to local homelessness support services.

The issue for Derbyshire Police came when Rothwell submitted his report on the incident. He wrote that the homeless man had not committed a crime and had found £2. But he openly told two colleagues about his actions. And an employee of Poundland later reported Rothwell to his superiors, who promptly launched a disciplinary investigation on the grounds of gross misconduct. David Ring, in charge of the disciplinary proceedings for Derbyshire Police, said Rothwell’s actions could have resulted in his dismissal. He also said that the officer lied “in order to hide what he had done”.

But the independent hearing into Rothwell’s case slammed the force. It heard that the homeless man is vulnerable, sleeps rough, and is a “prolific shoplifter”. As The Derby Telegraph reported:

Rothwell admitted that on July 6, 2016, he failed to investigate the shop theft, paid the money himself and stated on the crime reporting system and to a control room that the homeless man had found £2 and no crime had been committed. The actions amounted to misconduct and gross misconduct, which he accepted.

The Chair of the hearing, barrister Nahied Asjad, said:

Nobody in management spoke to him and explained what his mistake was. I have to question a lack of management in this case. This does not amount to a cover-up. He told two of his colleagues what he had done. Many thousands of pounds have been spent at this hearing.

The panel dished out a 12-month written warning to Rothwell. It said that, while his actions were “unorthodox”, he was a “great team player”, “punctual”, and a “credit to the force”.

This hearing was to consider evidence about the honesty and integrity of an officer. Our investigation into his actions arose from a complaint from a member of the public and we have a legal obligation to investigate…. Police officers should uphold the highest standards but everyone makes mistakes. Other members of the organisation, and those involved, need to learn from those mistakes… Officers always have discretion about how they deal with incidents.

It’s something when the police choose to discipline an office for such a petty reason; even though he was not following procedure. And it’s also worrying that a copper trying to help someone who is destitute was reported. Because it shows that the Conservatives’ ‘divide and rule’ tactics are paying off. But either way, we should be applauding police officers who are actually carrying out their duty to “protect and serve”. Not demonising them.

You can watch The Derby Telegraph’s video about the case here: