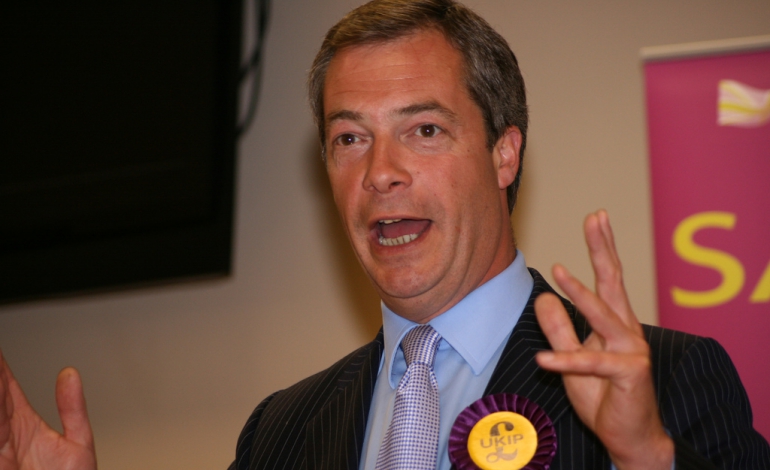 It’s been a terrible weekend for UKIP. Former leader Nigel Farage was forced to admit he’d got it wrong, and that immigration played no part in the attack on Westminster. And then the party lost its only MP.

In the wake of the Westminster attack, Farage tried to claim that immigration was to blame. Speaking on Fox News, he stated:

Frankly, if you open your door to uncontrolled immigration from Middle Eastern countries, you are inviting in terrorism.

But the attacker was a 52-year-old from Kent – something he has in common with Farage.

Farage was challenged about his claim on Sky News. Presenter Sophy Ridge tried to get Farage to admit he was wrong about claiming a link with immigration. But Farage replied:

Wrong? Goodness, gracious me. I was talking about terror attacks in Europe and I said we did not know what the cause of this attack was. I was absolutely clear and specific.

However, when asked directly about whether immigration played a role in the events in London, Farage was forced to respond:

Not directly, no, but that’s not the point.

In other words, based on his previous comments, he’d got it wrong.

But he still refused to apologise.

Meanwhile, UKIP’s only MP, Douglas Carswell, announced his decision to quit UKIP and remain in parliament as an independent MP. Carswell, who defected from the Conservative Party to UKIP three years ago, couldn’t see the point of remaining in UKIP following the UK’s decision to leave Europe. Carswell stated:

I switched to UKIP because I desperately wanted us to leave the EU. Now we can be certain that that is going to happen, I have decided that I will be leaving UKIP.

But while Carswell claimed he left the party “amicably, cheerfully and in the knowledge that we won”, UKIP isn’t convinced. Current leader Paul Nuttall said:

This is not a surprise. I was elected on a pledge to forge unity in the party, and have had many discussions with key players to try to make that happen, but it had become increasingly clear to me that some things were simply beyond reach. Douglas was genuinely committed to Brexit, but was never a comfortable Ukipper.

The fact remains that it leaves UKIP in disarray, without even a single MP to represent it in parliament.

A party with no future

UKIP is looking more and more like a party with no future. Nuttall failed miserably in his attempt to become an MP. And now, the party is left with no representation in Westminster.

Meanwhile, Farage is still parading around like he is the leader, making ignorant and damaging comments. UKIP is a vile, nasty party that specialises in peddling hate. And the sooner it implodes, the better.