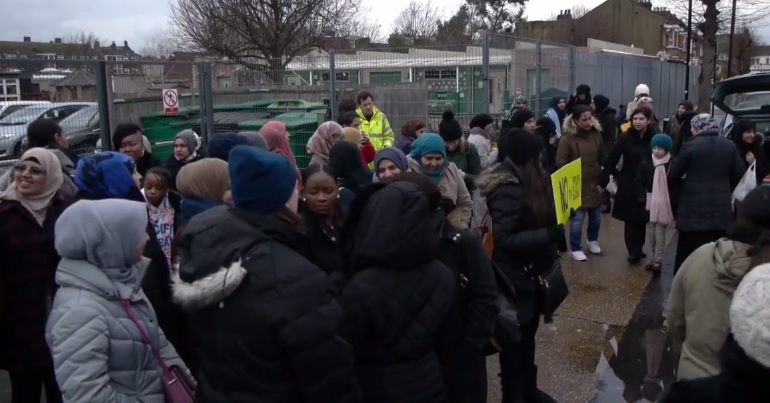 Three primary schools in Newham, London will take “unprecedented” action to stop privatisation on 22 February. Teachers and support staff at the schools will take part in a coordinated strike against academisation in the borough. It’s the first unified action by schools in the borough against the impending plans.

Keir Hardie Primary School joins Avenue and Cumberland schools in a first co-ordinated day of strike action against academisation in the borough.

All three schools involved in the strike are due to become academies in multi-academy trusts soon. One of them, Kier Hardie Primary School, is due to join the Agate Momentum Trust in July. Staff there will stage their first strike on the coordinated day of action in opposition to the plan. The school’s National Education Union (NEU) representative, Bethan Phillips, said:

None of us want to strike but we have been left with no choice… We are doing this for the children we teach and care deeply about and for all those who will come after them.

Staff at the two other schools have already done a number of walkouts. For Avenue Primary School workers, it will be their seventh day of action. And Cumberland School’s staff are on their third.

Striking isn’t the only action teachers, staff and parents are taking.

The staff from all three will join together for a rally in Stratford. Then, parents will accompany staff in lobbying local councillors ahead of a council meeting on 26 February. Furthermore, two parents of children at Avenue Primary School are crowdfunding for a legal challenge to the governing board’s academisation process. The governors have, however, defended their actions. A spokesperson said:

The school and its governing body has sought to work with its parents and local school community through the consultation process. It is certainly not in the best interest of the school to be in dispute with its parents.

But the parents, teachers and support staff in these schools look set to continue resisting academisation. As Philips said:

Keir Hardie is a good school and we believe it should remain accountable to the community and run by the community, with the safety net of the local authority to support it.