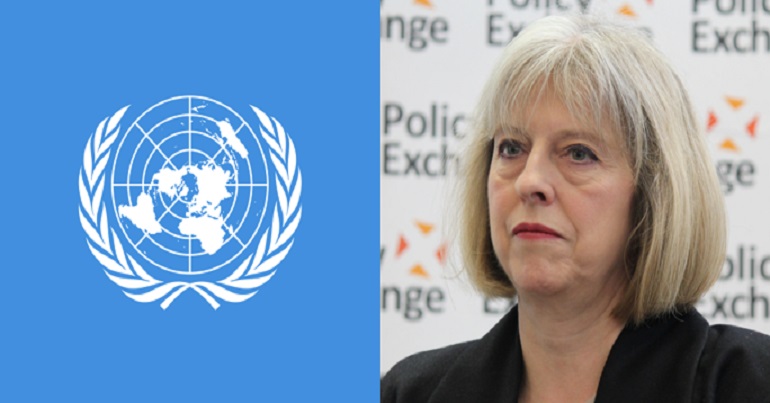 A coalition of disabled people’s organisations (DPOs) has written to Theresa May. It’s asking her to meet with them over a UN report which accused her government of creating a “human catastrophe” in the UK.

The UN Committee on the Rights of Persons with Disabilities (UNCRPD) has reported twice since November 2016 on life for disabled people in the UK. The Canary covered each of the reports in full. But overall, the UN said successive Conservative-led governments had committed “grave” and “systematic” violations of disabled people’s human rights.

The chair of the UNCRPD said that the government and the media “have some responsibility” for society seeing disabled people as “parasites, living on social benefits… and [living on] the taxes of other people”. She said these “very, very dangerous” attitudes could “lead to violence… and if not, to killings and euthanasia”. And she urged the government to “stop” this.

So far, the coalition of DPOs believes May’s government has not done enough to address its concerns or those of the UN. So it has written the letter below:

We are writing to draw your attention to the fact that the examination by the UN of the UK’s implementation of the CRPD was concluded in Geneva six months ago and that, to date, there appears to have been no response from HM Government. In its concluding observations, a number of areas for action were identified.

It goes on to list five areas of concern highlighted by the UNCRPD:

The DPOs noted that, in August 2017, the UK government committed to the UNCRPD that it would continue the dialogue on how disabled people’s rights can be fulfilled, and how engagement with disabled people might be improved. But so far, this has not happened.

No longer a world leader

The coalition is requesting a meeting with May to discuss:

We trust that the Government will embrace the need to be more proactive in promoting and implementing disabled people’s rights and inclusion in society… Our expectation is that the UK will once again be seen as a leader in implementing the human rights of disabled people by all countries across the world.

The Canary asked Downing Street for comment, but received none by the time of publication. A DWP spokesperson previously responded to UN criticism by telling the Disability News Service:

We’re disappointed that this report does not accurately reflect the evidence we gave to the UN, and fails to recognise all the progress we’ve made to empower disabled people in all aspects of their lives. We spend over £50bn a year to support disabled people and those with health conditions – more than ever before, and the second highest in the G7. We’re committed to furthering rights and opportunities for all disabled people, which is why it is encouraging that almost 600,000 disabled people have moved into work in the UK over the last four years.

We’re also a recognised world leader in disability rights and equality, which is why we supported the development of the UN convention.